If you really don’t want to make money on the markets . . .

How many of the seven great money-losing tips apply to you? 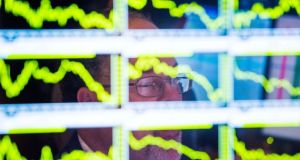 Investors looking for decent returns are always being told what they should and should not do. But what about the forgotten rebels out there who want to lose money, or at the very least hurt their returns? For those neglected souls, we’ve compiled a list of some great money-losing tips.

Don’t diversify
Home or local bias is the tendency to overweight one’s portfolio with familiar domestic stocks. It’s been declining in recent decades, but remains high.

A 2008 study found Japanese stocks made up 73 per cent of Japanese investors’ portfolios, even though the country accounted for just 9 per cent of global market value.

US investors had 77 per cent of their portfolios in US companies, even though they accounted for 33 per cent of global stock market capitalisation.

Brazilians had nearly 99 per cent of their portfolios in domestic stocks, even though Brazil accounted for just 1.6 per cent of global market value.

The risks are obvious. In 2005, Mercer’s Gráinne Alexander warned that the Irish market represented just 0.3 per cent of the world index, “yet ‘balanced’ managed funds manage to allocate 25 per cent of total equity to this minnow market”.

The financial sector accounted for 44 per cent of the Irish index, she added, meaning Irish pension funds had over 8 per cent of their total assets in just four bank stocks – the same exposure funds were allocating to the entire UK market.

Although many international indices are now at all-time highs, the Iseq remains some 56 per cent off its peak, while bank investments have been almost entirely wiped out. Accordingly, masochistic investors should be extremely grateful to Irish pension managers, who did a terrific job at decimating the value of their portfolios.

Make sure to steer clear of actual data and evidence – otherwise you might discover that value stocks trounced growth stocks over the last century. Instead, rely on anecdotes and isolated examples of the occasional success story – the type that says you would have made 10 zillion quid by investing in Microsoft or Apple 25 years ago, irrespective of the fact that, for every such case, there are hundreds of growth stocks that went the way of the dodo.

Similarly, note that studies show the most respected companies, as measured by Fortune magazine’s annual list of America’s most admired companies, underperform the most despised companies. Or rather, don’t note it.

On a related point, studies have found no correlation between GDP growth and stock market returns – instead, the best returns tend to accrue to cheap and unloved markets. Ignore these studies, and invest in “hot” economies.

Overtrade
Overtrading is an excellent way of damaging one’s returns. One famous 1990s study that examined more than 66,000 discount brokerage accounts concluded that “those who trade the most are hurt the most” – the most frequent traders earned 11.4 per cent annually, compared to 17.9 per cent for the overall market.

A separate paper by the same authors found men trade 45 per cent more than women and consequently earn poorer returns.

Author and Wall Street Journal columnist Jason Zweig suggests such investors have a “lockbox” and a “sandbox”. The lockbox “has something like 90 per cent of your money in index funds and nothing else. The sandbox, where you have maybe 5 per cent or 10 per cent of your money, is where, if you really want to, you can play a little. There’s nothing terribly wrong with getting entertainment out of investing, as long as you understand that that’s what you’re doing, and as long as you don’t do it with all of your money.”

An alternative is just to be patient, as advocated by legendary investor Jim Rogers. “I just wait until there is money lying in the corner, and all I have to do is go over there and pick it up. I do nothing in the meantime. Even people who lose money in the market say, ‘I just lost my money, now I have to do something to make it back.’ No, you don’t. You should sit there until you find something.”

Sound advice like this should not, of course, be heeded.

Fall in love with your stock
Becoming emotionally involved with one’s stocks is a sure-fire money loser.

The endowment effect, as identified by behavioural economists, means we tend to overvalue things we own. For example, behavioural studies show we typically demand more money to sell something we own – say, a coffee mug – than we ourselves would be willing to pay to buy it.

The endowment effect, coupled with the desire to be right, means online forums are full of people decrying the stock market’s pessimistic valuation of their precious company. Throw in a little loss aversion – “I’ll sell when I break even” – and you’ve got a perfect recipe for ensuring that you have an unrealistic valuation of your holdings.

Feel the fear
A US survey earlier this year of people with at least $100,000 in investable assets found 62 per cent were afraid of investing in the stock market (just 58 per cent feared death).

Not investing in the stock market is financially damaging, as is allowing fear to govern your investments. Loss aversion, says psychologist and Nobel economics winner Daniel Kahneman, is a “costly curse”. His studies show that the pain of a euro lost is roughly twice as great as the joy of a euro gained.

Investors can save “time and agony” by cutting back on the frequency with which they check their investments, he writes in his 2011 bestseller, Thinking, Fast and Slow. “Closely following daily fluctuations is a losing proposition, because the pain of the frequent small losses exceeds the pleasure of the equally frequent small gains. Once a quarter is enough, and may be more than enough”.

Read bad books
One final tip. Kahneman’s book is an eye-opener, while investors can also learn much from other behavioural finance experts like GMO’s James Montier. Seven Sins of Fund Management, a revealing, amusing and accessible 100-page PDF written by Montier, is available as a free download.

This article, of course, is all about losing money. Accordingly, ignore the behavioural writers, and opt for books like Dow 36,000: The New Strategy for Profiting from the Coming Rise in the Stock Market (published in 1999) or 2001’s Dow, 30,000 by 2008 – Why It’s Different This Time.