Confusing letter from Bank of Ireland on tracker mortgage 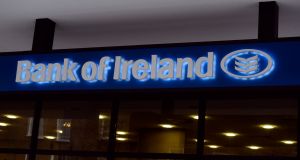 Tracker mortgage query: if you get nowhere with the bank, you can approach the Financial Services Ombudsman with your case. Photograph: Cyril Byrne

I took my tracker mortgage from Bank of Ireland January 2005. I got a refund from the bank for the period between 2010 and 2017. During that period, the bank wrote to me to say that they had made a mistake. They said they had calculated the total money that was taken by mistake and then they had refunded the money.

My question is why did the bank not calculate my tracker mortgage from the beginning? If there was a problem with how they were calculating the mortgage, I believe they should go back to the beginning in 2005.

Is the bank right? Or should they calculate my mortgage from the beginning. The bank told me that I can make an independent inquiry. Now what should I do?

Your question is perfectly valid. I have come across these sort of letters before – not necessarily from Bank of Ireland. Inevitably, they let you know they have discovered an error but have put it right and refunded the money involved. You tend to get no explanation of what happened and why. And you are supposed to take their word that all is now in order.

If the bank is not treating the issue under the tracker examination, I suggest you ask that they do. This you should do in writing

Of course, as we all now know from the tracker mortgage scandal, banks’ integrity on this issue is more akin to a huckster shop than a pulpit – though maybe we shouldn’t go there either.

What is not clear from your letter is whether the letter you have received is under the auspices of the tracker mortgage investigation or separate to it.

Either way, I think it is perfectly reasonable for you to challenge the bank and ask why, if there was a problem, it was contained only to the period between 2010 and 2017? Could it not have gone back to 2005 when you originally took out your mortgage.

If it is a formal tracker offer, you can appeal to the bank’s special tracker appeals team by emailing independentsec@i.e.gt.com. They will send you out material on how to appeal. In the meantime, you can keep any money the back has offered.

If the bank is not treating the issue under the tracker examination, I suggest you ask that they do. This you should do in writing to: Customer Complaints, Bank of Ireland Group Customer Complaints, 5th Floor, New Century House, IFSC, Lower Mayor Street, Dublin 1. The eircode is: D01 K8N7

If you get nowhere with the bank, you can approach the Financial Services Ombudsman with your case. You do not have to pay any money to make a complaint.

However, in circumstances where the bank has already admitted it made an error, I would expect that you would fall under the tracker examination.