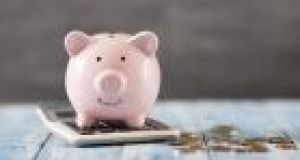 Customers who opened Bank of Ireland children’s savings accounts could be in line for a bonus interest payments of up to €400 next month.

This is because the bank failed to notify parents of their eligibility for a higher paying account and is now offering redress.

To avail of the offer, customers of the Bank of Ireland’s Childsave accounts, who have received letters from the bank detailing their eligibility, must move €5,000 into a Young Savers current account, in a child’s name, by November 13th, 2020.

While the bank did tell customers in the letters how much extra interest could be earned by doing this, a spokesman said that someone lodging €5,000 would be entitled to an interest rebate of €397.95, or €266.62 once Dirt was deducted. The bank said it has committed to applying the interest adjustment within 10 days. No fees or Government duty apply to a Young Savers account.

The issue with Childsave follows a similar issue with the bank’s Young Savers current account. Last month, Bank of Ireland said it had already paid out compensation of some €545,000, or €202 per person, to 2,700 holders of this account, after it failed to properly communicate the interest rate that applied.

Now it has written to an undisclosed number of Childsave account holders, after an error in how the bank communicated to customers was identified as part of the bank’s standard processes in November 2019.

Parents who opened Childsave accounts for young children were never informed by letter that they could open a Young Savers current account for these children, in their own name, once they turned seven, while the bank also changed eligibility for the Young Savers account to children under seven in December 2015 but, again, did not inform parents.

“We did not do this as promised and would like to apologise for any inconvenience that this error may have caused you or the child,” the bank said.

The real inconvenience however, and the reason the bank is now offering some sort of redress, is that the rate of interest offered on both accounts was significantly different – just 0.25 per cent on a Childsave account on balances up to €10,000, or 2.5 per cent on amounts up to €5,000 on the Young Savers account.

To “put this right”, as the bank says, it is now offering parents the opportunity to open a Young Savers account and lodge up to €5,000 in it by November 13th. Doing so will mean account holders will be entitled to the rate of interest they would have been entitled to, from September 8th, 2017, to date, if it had been in a Young Savers account. Lodgments in excess of €5,000 are allowed, but the extra interest will only apply on amounts of up to €5,000.

It is as yet unclear how much this additional redress will cost the bank, as it will depend on how many customers transfer funds into a Young Savers account.

According to the spokesman, the bank hasn’t yet seen a significant transfer of funds.

From now on, the rate of interest on both accounts will be the same: 0.25 per cent will apply to both accounts, on amounts of up to €10,000 on a Childsave account, or on unlimited balances in a Young Savers.

1 How much state pension will I get next year?
2 Am I crazy to consider switching to an Ulster Bank mortgage?
3 Housing crisis here to stay in absence of big rethink, industry warns
4 PTSB plays down Ulster Bank talk as it sells €1.4bn of loans
5 How long can Government afford to keep State pension age at 66?
6 Up or down – how much is your Local Property Tax this year?
7 Brexit to curb services trade with UK, accountants group warns
8 Avolon appoints Paul Geaney as chief risk officer
9 Irish tech company Asavie acquired by Nasdaq-listed Akamai
10 Ghost newspapers and zombie brands are stalking the media
Real news has value SUBSCRIBE
Save money on international transfers