No strategy evident for retention or development of our multinationals

If the multinational sector were to materially shrink its presence in Ireland, the economic consequences would be quite profound 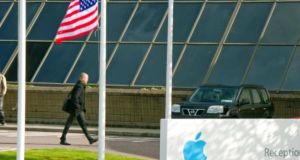 There is something exquisitely wry about a Republican-dominated US Congress now questioning the global taxation policies of US controlled multinationals. On taking office, Republican president George Bush quashed an earlier initiative taken by his predecessor, Democratic president Bill Clinton, over this same issue. In Europe, France and Germany in particular have been applying pressure for a harmonisation of corporate tax policies since the 1970s. The issue forcefully arose again with the Cowen administration during the EU-IMF-ECB bailout of Ireland in 2010.

Global corporate taxation avoidance is long-running. As the Cantillon column in this newspaper observed on May 28th, the accounts for the main Apple subsidiary in Ireland were routinely published up until the mid-Nineties, showing, for example, that in 1993 Apple paid just 2 per cent on profits at a time when the corporate tax rate for manufacturing sector was 10 per cent. Any investigative journalist or inquisitive politician might have raised some interesting questions.

One wonders whether in 1981 the instigators of the 10 per cent manufacturing tax in Ireland ever thought that their tax-avoidance strategy to attract foreign direct investment would still be in place more than 30 years later.

The multinationals have indeed become an economic foundation for Ireland. The 2011 annual report of the IDA (the most recent available) notes that the multinational sector accounted for 250,000 jobs (at the time, one in seven); and the then equivalent to 80 per cent of the national take of corporation tax and to 50 per cent of all payroll taxes, amounting to €10 billion in all. If the multinational sector were to materially shrink its presence in Ireland, the economic consequences would be quite profound.

Fiona Reddan, in her article in this paper on May 27th, investigated the nature of jobs in the multinational technology sector. It appears that typically about 70 per cent are in sales and customer support and only about 10-15 per cent in engineering and new product development.

This is of concern, because in general, sales and customer support activities are easier to relocate to other jurisdictions than the more capital intensive and more deeply trained R&D professionals. In comparison, a multinational technology company would usually have about 25 per cent of its total global headcount in engineering and product development and approximately 45 per cent in sales and customer support – with the remaining employment being in marketing, professional services and administration.

Clearly, Irish multinational employment appears weighted towards customer facing activities, particularly for the wider European market, so requiring good linguistic skills. In turn, the multinational sector in Ireland also depends on attracting suitably qualified immigrants, to compensate for the weak supply of techno- logy-savvy fluent foreign-language speakers emerging from the Irish educational system. Multinational employment helps our national payroll tax take and probably increases the traffic for our airlines, but often has a disappointing impact on our high unemployment rate.

It could be so different. One small country in Europe, with twice our population, has a corporation tax rate of 25 per cent, yet employs 260,000 in its high technology sector, or one job in 12 (2011 figures). Inward investment by the global multinational sector is largely focused on engineering and R&D sectors, rather than sales and customer support and deeply embedded into the national economy.

The pool of risk and venture capital available to seed new ventures, and to expand successful ones, is comparable with the entire rest of Europe combined.

Skilled entrepreneurs and engineers routinely move between indigenous start ups and multinationals, as companies are started, later acquired, and the founders move on to a further venture. The academic sector feeds start-up activity. Israel, not Ireland or anywhere else in the rest of Europe, is arguably the true centre of multinational high-technology activity and with the closest links of all to the US.

After 30 years of denying that the global tide may turn for corporation tax avoidance, Ireland has to realise that the game may be almost up.

What strategies are we going to introduce to retain or increase the multinational sector in Ireland when a myopic policy of facilitating tax-avoidance becomes unacceptable and no longer possible?

Why are there no Oireachtas debates on an urgently sought and new industrial strategy and no visionary articulation from any of our political parties nor leaders?

Where are our national industrial strategists and planners? A pragmatic strategy to spin out and grow indigenous companies, to link these to the R&D interests of the multinational sector and a healthy pool of risk capital could substantially reduce our vulnerabilities.