New Innovators revisited: how our start-ups are getting on

The New Innovators column, which focuses on new products, services and technologies from Irish start-ups, has been running since October 2010. Four years on, we speak to some of the companies featured to see how they’ve fared 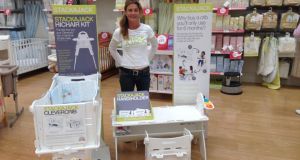 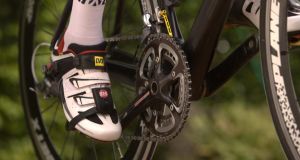 “It’s one thing to design something you know works and meets a need. But it’s a massive challenge to make the transition to a product you can produce efficiently and cost-effectively in large volumes,” says interior designer Emma Webb, who co-founded children’s’ furniture company, Stackajack, almost three years ago.

Ms Webb’s original idea was a five-piece multi-functional furniture-stacking system for young children. But she quickly discovered two problems. The first was that the product was going to be very expensive to make. The second was that market research showed it was not a “must-have” for first-time parents.

“The baby tower was something they didn’t need to buy until after their baby was born so we had to shift our focus onto something they would need for their baby’s arrival,” she says. Ms Webb stayed true to her original concept, but redesigned the product. The result is the Clevercrib that turns into other things, such as a high chair, as the child develops. The product has now made it to market and is on sale in Mothercare and Tony Kealys’ baby-care outlets.

Barry Redmond founded hi-tech cycling meter company, Brim Brothers, in 2010. He too has faced huge manufacturing challenges. Four years later, his product is not yet available to buy. “I knew it wasn’t going to be easy. But it was more difficult than I could ever have imagined and I learnt this the hard way,” he says.

Mr Redmond’s cycling meter is a high-precision device aimed at the international competitive cycling market. “It has been extremely difficult to find a manufacturer with the competencies required to make the product,” he says. “It also took longer to perfect the product than I had allowed for even though I had built in a lot of testing time. But when you field-test you discover things about the product or about how people use it and you have to make changes.”

It now looks as if the device will be made in Taiwan and first orders will start shipping in February. The product was officially launched at an international cycling show in October and a long list of pre-orders is keeping Mr Redmond’s spirits up.

Richard Boyd set up Incaplex (formerly 3 Strata Technologies) in 2011. The company’s product is Inca Clinic, a travel vaccination application designed to help those administering shots to adventurous globetrotters. “I think personal survival has been the biggest challenge as there are days when it just seems easier to just go find a ‘real’ job,” he says. “However, our implementation with Superdrug went live this year and has been very successful. I feel we have really proved our technical and business models.”

Mr Boyd says the company has tweaked its original idea slightly to accommodate the growth in pharmacy-led travel clinics. He adds it has been “much harder and taken much longer and we’re still not there yet.”

Asked what he would do differently if he was starting over, he says: “I’d raise a lot more money at the outset. The truth is you need longer than you think to develop the business, you’ll run into dead ends and assumptions you make at the beginning will be wrong. In addition, the process of raising capital is so time-consuming you don’t want to have to do it very often.”

Aviva Cohen established NeuroHero in 2012 to develop a series of app-based rehabilitative speech activities designed to help those living with a speech and language deficit. Her husband had a stroke at the age of 50 and she quickly found that self-help tools available were limited, expensive and primarily aimed at children. The only option was to develop her own. Her biggest initial challenge was getting to grips with technology. “The years I spent as a technophobe were very useful in the end as everything we produce has to be clear and simple enough for someone like me to understand,” she says.

“We subsequently revised our original idea substantially as it did not deliver the results we had hoped for. Looking back, we started development too quickly and launched our first product too soon. We had done research and testing but not as much as we should have.”

The company has just launched its Talk Around It apps for the Irish, UK, US and Spanish markets. “Almost 6,000 people have already downloaded our apps and we are hoping to reach many more,” Ms Cohen says. “Talk Around It will enable us to help many of the 10 million people who have significant communication difficulties as a result of stroke, dementia, autism, brain injury and a range of other conditions. The setback was actually a great learning experience that enabled us to create a far superior product. I practised karate for 22 years and this taught me not to give up. When things are bad you cover up, get up and fight back.”

Start-ups: Home truths
Getting up and running takes much, much longer than might be expected. Original ideas often have to be rethought or changed. Research, testing and listening are critical. Persistence is key. Support from family and friends is essential.