Nanotechnology could change the world 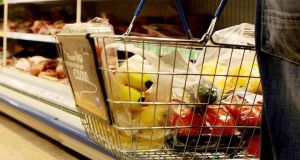 The science of nanotechnology is most often associated with high-tech materials and electronics but is increasingly being used in the medical arena and new applications could see it being utilised in the food industry in the not too distant future.

According to Teagasc research officer Maeve Henchion, the technology could have a potentially transformative effect on the industry and the world. “It can be used to tackle issues like obesity and food waste,” she says.

“For example, a lot of people say they don’t like low fat products because they are not creamy enough and they don’t have the right texture. Nanotechnology could be used to address those issues and make the products taste more like full fat versions.”

Food waste can be tackled through sensors embedded on food packaging.

“At the moment the food companies put best before dates on packages which are designed to be very safe,” Henchion says.

“That means the food can often be quite safe to eat but is thrown out. This is very wasteful. Having packaging which can detect the presence of pathogens in the food, and react to it by changing colour, would reduce wastage greatly as food would only be thrown out when it has gone off. This would also improve food safety. All the major food companies are working on this area at the moment.”

One of the areas Teagasc is working on is to create sensors that can detect specific pathogens and accurately assess the amount present during the food manufacturing process. These sensors will make use of what are known as phage-derived nanomaterials.

Bacteriophages, or phages, are viruses that specifically target bacteria. They are minute particles composed of protein and nucleic acid which are seen as very promising new nanomaterials.

“They are attracting attention from many diverse fields including medical science, pharmaceutical science, material science, microelectronics, biosensors, detection, environmental science, and food science,” says Dr Olivia McAuliffe, senior research officer with Teagasc’s Food Research Centre in Moorepark, Co Cork. “Phages are unique compared to other nanomaterials in that they can be intentionally modified, or even rewritten, using genetic engineering.”

She points out that they are already in use in medical applications.

“On the medical side of things it is being used as a drug delivery mechanism. You can express a particular protein on the surface of the phage that makes it target a particular cell type such as a cancer cell.

“This is the beauty of phages – they can be engineered in this way.”

Another medical application is their bactericidal properties. Again they can be engineered just to target a specific type of bacteria and it is also possible to extract the bactericidal protein from them and use it rather than the phage itself for the treatment.

“Our main interest is in multi-drug-resistant pathogens,” McAuliffe points out. “There are phage proteins that kill MRSA and c.difficile for example. These proteins are effectively antibiotics but they will work when traditional antibiotics will not. This is a very exciting area.”

Interestingly, the Teagasc research into these micro-organisms and their uses began as a result of their potentially harmful effects on dairy processes.

“Phages are the enemy of the dairy industry,” McAuliffe notes. “They interfere with fermentation and can cause a lot of problems. But now we are seeing them as a valuable anti-bacterial organisms.”

It is the targeting capability of the phages that makes them useful for bio-sensing.

“A team in Queens University has been using them to develop biosensors which can detect species such as e. coli or listeria. We are working with them to increase the sensitivity of the sensors so that a small sample would only be required and that rapid results could be obtained.

“Ultimately we are hoping to develop a sensor that will be able to detect multiple pathogens.”

Despite all of these potential benefits there is no guarantee that consumers will welcome nanotechnology enhanced foodstuffs with open arms. “People tend to react to things like this on an emotional basis,” says Maeve Henchion. “There is a need to get a balanced debate going so that people can assess the pros and cons of the new technology and the media can play a major role in this.”

Surveys carried out by Eurobarometer and Teagasc have revealed a low level of awareness and understanding of nanotechnology among consumers as well as some quite negative attitudes to so-called nanofoods among certain segments of the population.

“Consumers are concerned about perceived control so labelling is important,” Henchion explains. “They want to know what they are buying. But this is where a default heuristic can come into play. If you label one product as using nanotechnology then the one which didn’t use it is automatically viewed as somehow superior.”

The Teagasc research presented consumers with a number of hypothetical products, some using nanotechnology that delivered certain price and health benefits, and other traditional versions of them. The results were interesting in terms of the trade-offs people were willing to make.

People with a greater overall understanding of science and technology were more accepting of the nano-foods and while others were not so accepting even when there were clear health benefits involved.

However, some groups were willing to put aside their reservations to avail of price or health benefits.

Another interesting finding was the differentiation between “nano inside” and “nano outside”.

These concerns could hold back the technology, according to Henchion.

“There is a high level of uncertainty among consumers and this needs to be addressed. The industry needs to engage with the public to develop a much greater understanding of the technology if its full potential is to be realised.”