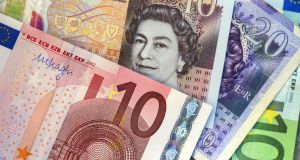 AIB’s €3.2 billion sale of its Project Beech portfolio to Cerberus in March was the biggest deal of the year locally

The State was the fourth biggest seller of loan portfolios in Europe over the last four years with €63.7 billion in sales from 2015 to 2019, new figures show.

The National Asset Management Agency (Nama), Ireland “bad bank” was the fifth biggest seller of loans on the continent with disposals totalling €21.9 billion. This places it behind the UK Asset Resolution (UKAR), and the Italian and Spanish banks, UniCredit, Banco Santander and Monte dei Paschi di Siena.

The data come from a report compiled by Debtwire, a technology platform that collates information on distressed debt and leveraged finance. Its study shows that European banks ended 2019 ended with the lowest level of non-performing loans (NPLs) on their balance sheets since 2010.

The banks with the highest outstanding volumes of non-performing loans across Europe are France’s BNP Paribas, and Italy’s UniCredit and Intesa Sanpaolo, it said.

Debtwire’s report notes that the Irish market capped off a steady year with all the largest banks selling non-performing loan in the last four months.

AIB’s €3.2 billion sale of its Project Beech portfolio to Cerberus in March was the biggest deal of the year locally. The portfolio, which had a carrying value of €1 billion on AIB’s books at the time of the sale, was made up of loans against 5,000 assets, mainly investment properties. But it also included 220 owner-occupier loans that were cross-secured to wider commercial debt.

According to the figures, two-thirds of the €9 billion portfolio sales concluded in the Republic last year – equivalent to €5.8 billion – were residential.