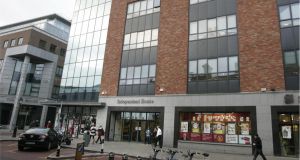 Advisory work carried out by a company linked with businessman Denis O’Brien for Independent News & Media (INM) in relation to its former shareholding in the Australian/New Zealand media group APN has been investigated by the State’s corporate watchdog.

The services were provided by Island Capital, a company connected to Mr O’Brien, prior to INM selling its stake in APN in 2015. Mr O’Brien also sold his own stake in APN that year.

The Office for the Director of Corporate Enforcement (ODCE) has also considered the conduct of INM’s board in relation to its handling of the protected disclosure by former chief executive Robert Pitt in 2016.

These issues feature in an affidavit of more than 200 pages filed by Ian Drennan, the head of the ODCE, with the High Court. The ODCE is seeking the appointment of inspectors to investigate the protected disclosure and an alleged data breach at INM that dates back to 2014.

The ODCE’s application to have the inspectors appointed will be heard by the High Court on April 16th.

INM is expected to appoint a senior counsel this week to represent it in the ODCE’s High Court application. It will also establish a two- or three-person sub-committee of its board to oversee its handling of the ODCE’s investigation.

It emerged over the weekend that an Isle of Man company connected with Mr O’Brien, who owns just under 30 per cent of INM, paid the bill for an external IT group that was given access to INM’s computer networks.

The Sunday Times reported that this access was facilitated by Leslie Buckley, a long-time business associate of Mr O’Brien.

According to The Sunday Independent, Mr Drennan’s affidavit states that the data interrogation was directed by Mr Buckley and that INM told the ODCE that its board became aware of the breach only on August 11th 2017 when it was informed by the ODCE.

The paper claimed that data relating to a number of former and current staff, including journalists, as well as former directors at INM may have been removed from the company’s premises and taken out of the jurisdiction for interrogation.

The newspaper also stated that the affidavit claims that two invoices totalling about €60,000, and associated with the data interrogation by external parties, was paid by Blaydon Ltd.

In November 2017, The Irish Times revealed Mr O’Brien’s link with Blaydon, via the leaked Paradise Papers.

Blaydon is an investment holding company. A 2015 document produced by Barclays Wealth Trustees said Blaydon operated as a nominee for Mr O’Brien in relation to a number of bank accounts in Ireland that received and paid out “large sums of money – around €2 million per month at times”.

The payments were received and authorised by Mr O’Brien or by his private office, with the ability of one person in the office to sign the mandate, according to the document.

Barclays Wealth Trustees “communicated they would no longer undertake this activity and the company [BLAYDON]was moved to another service provider in January 2015”, according to the leaked document.

The ODCE will seek High Court approval to appoint Sean Gillane, a senior counsel and leading criminal law expert, and Robert Fleck, a British solicitor, to inspect the affairs of the INM.

A spokesman for Mr Buckley declined to comment on the case, and no comment was available from INM.

No comment was available from either the ODCE or the Data Protection Commissioner.

The head of the National Union of Journalists in Ireland said the union was “gravely concerned” about the alleged data breaches and called for the Data Protection Commissioner to investigate the matter.

“We will be seeking a meeting with the company and will be offering assistance to NUJ members who are concerned that their rights may have been breached,” the NUJ’s Irish Secretary, Séamus Dooley, said.

INM’s board has undergone significant change in the past eight months. Leslie Buckley stepped down as chairman on March 1st, while Allan Marshall, David Harrison and Jerome Kennedy also left. Robert Pitt departed as chief executive to be replaced by Michael Doorley, who had been its chief risk officer.