‘The Fall’ returns in ‘drama super-Sunday’ 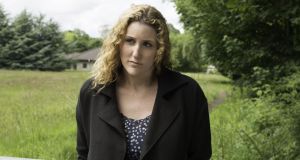 Serial killer drama The Fall returns to RTÉ for a second series this weekend, with the first episode going out on RTÉ One after the finale of a successful run of Love/Hate in a “drama super-Sunday of sorts”, the broadcaster says. It will then take up the post-news Sunday slot for the remaining five episodes.

The Belfast-based series, starring Gillian Anderson and Jamie Dornan, is a BBC Northern Ireland production but RTÉ, a junior funding partner, once again has a ratings-boosting agreement to broadcast it ahead of BBC Two, which will put it out from Thursday, November 13th.

Earlier this year the film and television funding agency won a 50 per cent increase in its budget from Stormont and will now spend £43 million (€55m) over the next four years.

That cash is spread among not just UK broadcasters and producers, but also among the US content giants such as HBO (Game of Thrones) and Universal Pictures (Dracula Untold) who are also lured to film in the region by tax breaks.

However, BBC Northern Ireland director Peter Johnston believes competition for drama funding and talent in the region is a positive sign.

“From my point of view that’s always good to be honest because it just means the overall scale of production in the sector increases,” says Johnston

“ I think it would be unhealthier to be honest if the BBC were to be dominating. It’s great to see HBO and Universal and those companies working here.

“What tends to happen is that the drama crew working on Game of Thrones move to The Fall, then they move to Line of Duty, and there’s great continuity then. That helps us all.”