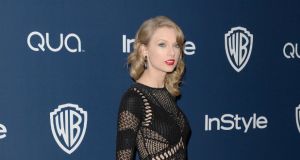 How “country” is “Dublin’s country mix” station Sunshine 106.8FM? Not country enough, according to the backers of the proposed Country FM, one of two rival applicants for Sunshine’s licence.

Country FM, which promises “100 per cent real country music” if it wins the licence, says Sunshine is “clearly an easy listening service” and that only 33 per cent of its output can be classed as country music.

The station, which counts Martin Block, Gerry Murphy and Keith Shanley among its backers, monitored the output of Sunshine for a week in August 2013 “to ascertain the exact percentages of country music played as defined by the Country Billboard charts”. In a two-hour sample, it details a playlist stuffed with “soft classic hits”.

It summarises its own music policy as “a mix of the best up-tempo and familiar classic gold hits from 1960s, 1970s and 1980s, as well as all the latest modern Irish country hits” and proposes a schedule with shows such as Country Brunch, Country Connection, Country Drive, Country Party Weekend, Country After Dark, My Kind of Country and Continuous Country.

Sunshine 106.8FM uses the original name of the station - Dublin’s Country Mix - in its marketing, but does not claim to be “pure country”. Star Broadcasting Ltd, the company behind the station, told the Broadcasting Authority of Ireland: “Our experience over more than a decade clearly shows that any music-led radio service focusing exclusively on the ‘pure country’ format will not only struggle to survive in today’s market but will also be unviable if it is to provide any meaningful employment and garner a reasonable audience share in the medium to long term.”

Also entering the ring of fire is URadio, led by Olivier Mauxion, proposing to play “100 per cent contemporary Irish music”, but due to “financial constraints” it won’t involve live programming for at least two years.

The BAI this week published the applications for five radio licences up for renewal and will no doubt be working nine to five as it assesses the rival bids.