‘Spotify of journalism’ Blendle makes leap to US 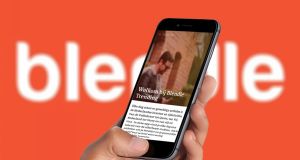 Blendle, the Dutch pay-per-article app, could be on the cusp of cracking the world’s biggest media market. The micropayments company, which counts both the New York Times and German media group Axel Springer among its investors has expanded to the US, where it has been busy picking up news headlines of its own and making the case for “micropay” as a verb.

“Blendle Bets Readers Will Micropay for Good Journalism,” wrote the E-Commerce Times. “Will Americans like Blendle, the iTunes for News?” asked the Boston Globe, while the Christian Science Monitor phrased a similar question with added bluntness, “Can an iTunes for journalism save the industry?”

Blendle offers access to articles from the New York Times, the Washington Post, Newsweek and a range of business-led titles (the Wall Street Journal, the Financial Times, the Economist and Bloomberg Businessweek) for a typical price of 40 cents for a newspaper article to 59 cents for longer magazine stories.

The three-year-old service, which has also been dubbed a “Spotify for journalism”, already has 650,000 users in the Netherlands and Germany, but its 29-year-old founder, Alexander Kloepping, says it has always been his plan to expand the platform to “the whole world”.

Alan Cox, chief executive of Core Media, Ireland’s largest buyer of advertising, has said he would like to see the Irish media experiment with the micropayments business model, though Independent News & Media chief executive Robert Pitt has cautioned that micropayments do not work for genres such as breaking news.