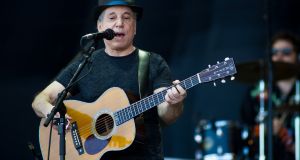 Shazam’s advertising sales house in Ireland has teamed up with Radio Nova for a gig ticket competition that the rock music station says will encourage “digital interactivity” among its listeners.

Packed.House, a digital media company that represents Shazam here, has devised a campaign that will run on Entertainment.ie, a site that it owns, and across out-of-home digital screens belonging to the Wide Eye Outdoor network.

Shazam’s audio recognition technology is most usually used to help smartphone users identify the names and artists behind the recorded tracks they hear, either on the radio or in their vicinity when out and about.

But the technology also has wider marketing capabilities. In this case, the music that plays on the screens will, if “Shazammed”, bring users of the Shazam mobile app to a link for entering a competition for concert tickets.

The campaign, which will run over three weekends, is tied to this summer’s Aiken Promotions concerts in Dublin by the Rolling Stones, Billy Joel and Paul Simon.

Radio Nova listeners will also be invited to Shazam key tracks over the weekends, which it said would help it “build a sonic profile of participating listeners”, while winners of the competition will be announced on air.

It is understood that this is the first such partnership between the app and an Irish radio station.

“A collaboration with a mainstream media brand like Nova allows Shazam to demonstrate the versatility of the technology, and how the app can act as a portal to digital for all other media,” said Eavan Finucane, Shazam product lead at Packed.House.

Shazam, a UK-based company, is in the process of being acquired by Apple for a reported $400 million (€325 million). The deal awaits clearance by regulators.