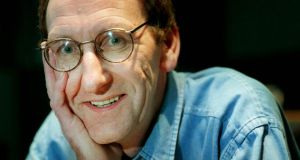 Radio Nova said it is “still in talks” with John Clarke, the former head of 2fm, to appear on the station after it felt obliged to pull last Sunday’s planned one-off show following a last-minute legal threat from RTÉ.

RTÉ sent Radio Nova a legal letter late on Friday threatening to injunct it and seek damages if it went ahead with the broadcast of Ireland’s Biggest Jukebox, which has the same name as the show Clarke hosted on 2fm and later on digital station RTÉ Gold. As the latter station continues to feature a show called Ireland’s Biggest Jukebox, hosted by Aidan Leonard, RTÉ objected to the use of the name on Radio Nova.

“We don’t accept that they own the name Ireland’s Biggest Jukebox. It is not a registered trademark,” said Radio Nova chief executive Kevin Branigan. The station, which has an FM licence in the greater Dublin area and is available nationally online, decided to cancel the show rather than rename it, in part because Clarke was “very disheartened” by his ex-employer’s move.

“He’s a very old-fashioned radio presenter. He just wanted to come along and play records, and I think he felt this took the fun out of it,” said Branigan, who added that if RTÉ had concerns about the name, “it could have been resolved with a phone call”.

Branigan said he was “disgusted” by RTÉ’s move but hoped to get Clarke on Nova in the future, at which point it would decide whether to “brave the injunction” or rename the show.