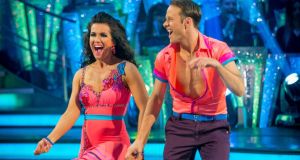 Susanna Reid, with her professional partner Kevin Clifton on the 2013 series of Strictly Come Dancing. “What is there at the moment is still working.”

The global television industry is searching for that next “big idea” to help broadcasters pull in a mass family audience, the Irish Film and Television Academy (IFTA) heard at its annual television lecture in Dublin yesterday.

But for production companies hoping to develop the next hit format that goes global – a Strictly Come Dancing, Masterchef or The Apprentice – there is one potential problem, according to this year’s lecturer, industry heavyweight Rob Clark.

Many of the big entertainment shows that launched about a decade or so ago are still doing the business. “What is there at the moment is still working. And these are big schedule blockers,” says Clark, who is director of global entertainment development at Fremantle Media. “They take up a lot of real estate.”

Fremantle, which is the producer or co-producer of international talent formats The X Factor, Got Talent and Idols, among others, is still in the market. “For Fremantle, big means very big, but there’s always the desire to find another one.”

It’s a myth that good ideas for TV shows are plentiful, Clark says. “In the 30 years I’ve been in television, I’ve been associated with about 10 of them. In the whole of television over that time, I think there’s only been about 30.”

“Naive” broadcasters sometimes buy “flawed formats” because they are afraid they might miss out on the next big thing, he says, citing the Israeli singing competition show Rising Star, which was recently dropped by ITV before transmission after it flopped in the US and Germany.

1 Dublin housebuilder records €11m gain after striking deal with bankers
2 ‘Life in Vilnius reminds me of Ireland in the 1990s’
3 Labour Court expected to rule on Paddy Power workers’ claim
4 Irish people like nothing more than being bribed with their own money
5 Boeing identifies new software flaw in grounded 737 Max
6 Hogan warns Britain on US trade deal as EU set to impose tariffs
7 ‘We stuck our heads in the sand for a long time’
8 Barclays to cut 100 senior roles as lender seeks to rein in costs
9 Budget 2020: New emissions tax on new cars and used imports
10 Festive season boosts footfall at Arnotts and Brown Thomas
Real news has value SUBSCRIBE