Money not disclosed as activities in Ireland undergoes major expansion 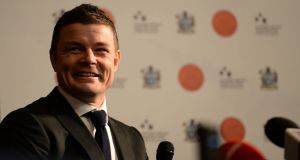 In June, The Irish Times revealed that Teneo had signed up former Irish rugby captain Brian O’Driscoll as a senior adviser with its global sports division.

This marks a major expansion of its activities in Ireland by Teneo, which was co-founded in 2011 by Irishman Declan Kelly.

PSG will remain separate from Teneo with its own brand and client base, although this might change over time.

Mr Kelly said the acquisition “further strengthens” its capabilities in Ireland. “I have known Padraig Slattery for many years and have tremendous respect for the business he along with Mick O’Keeffe and the rest of the team at PSG have built.

“Ireland is a critical market for many multinational corporations today and a great place to invest in the current volatile post-Brexit environment. The addition of PSG provides our clients with access to additional world-class expertise and capabilities.”

Mr O’Keeffe said PSG was “excited” to become part of Teneo. “We believe the enlarged consulting platform this will bring us will be of enormous benefit both to our clients and our team and gives us a massive competitive advantage,” he said.

Based in the US, Teneo has 550 staff across 14 locations worldwide, including a team in Dublin. Its clients including Coca Cola, McDonald’s, American Express and Samsung while mandates include advising soccer’s world governing body Fifa on its reorganisation, and working on Los Angeles’s bid to host the 2024 summer Olympics.

In June, The Irish Times revealed that Teneo had signed up former Irish rugby captain Brian O’Driscoll as a senior adviser with its global sports division.

The purchase of PSG is just the latest acquisition by Teneo in recent years. It completed the purchase of Blue Rubicon and StockWell, two of the UK’s leading strategic communications and reputation management firms, in the middle of last year in a transaction that doubled its global headcount to more than 500 employees.

It has four divisions, PSG Plus, which deals with corporate PR; PSG Sponsorship; Notorious PSG, which is involved in creative brand communications; and New/Slang, which handles digital and social media.

The PR firm has 55 staff and its clients include global insurer AIG, building society Nationwide (UK) Ireland, Toyota Ireland and Dublin Zoo. It also has extensive connections in sport, including working with the GAA and the IRFU.

Mr Slattery and Mr O’Keeffe were both major shareholders in PSG.