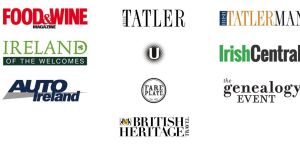 Two of the jobs will be based in the US and the other 10 in Ireland.

The deal also included the titles U, Irish Tatler Man, Auto Ireland and Ireland of the Welcomes.

The company has since sought a number of redundancies following its decision to stop printing U magazine and Irish Tatler Man.

Irish Studio bought the US site Irish Central, aimed at the Irish diaspora, from its founder, Niall O’Dowd, in 2016.

It is the company behind FarePlate, a New York event billed as “a celebration of Irish food and drink”, and the Genealogy Event, a DNA testing-focused venture that has taken place in New York and Adare, Co Limerick, while it also owns the brands Qinetic and British Heritage Travel.

After the deal with Harmonia, Ms Casey became chair emeritus of Irish Studio, while brother Ciaran Casey is chief executive of its Ireland-based interests.