Film tax relief must sharpen up its act for next sequel

Spotlight should fall on section 481, as delays in scheme weaken Irish audiovisual industry 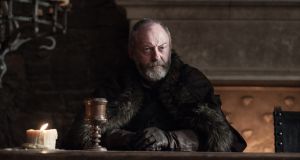 Film relief, also known as the section 481 tax credit, has been lined up to make a cameo appearance on budget day next week, perhaps flanked by a self-congratulatory Government message about all the wonderful things it is allegedly doing for Ireland’s film and television industry.

Indeed, if section 481 doesn’t make the final cut of Minister for Finance Paschal Donohoe’s speech in the Dáil next Tuesday, it will be notable by its absence. The measure, critical for Irish production companies to fund the projects that keep them alive, has been left dangling on an extended cliffhanger.

Like many tax credits, section 481 has a sunset clause: it is due to expire at the end of 2020. But as the audio-visual industry has been saying on repeat forever, its business operates on longer lead times than this. The film and television productions of the next decade are already in the financial works.

Doubt about the future tax landscape for productions in the State is a threat to that filming happening here at all.

The Department of Finance appears to have held back from a formal extension of section 481 because it has been busy giving it a full cost-benefit analysis.

Previous analysis by consultants Olsberg SPI and Nordicity, commissioned by the Government in 2016, found that every €1 in outlays under the scheme generated a tax benefit of €1.02 – in other words, it was slightly better than breakeven from a fiscal net benefit perspective. As this didn’t include tax revenues generated by screen tourism and other spillover effects, the consultants concluded this was “a conservative estimate”.

The industry is now waiting to hear the department’s verdict. At the Irish Film Institute’s documentary festival on Friday, an industry panel organised by Screen Producers Ireland made clear just how important a properly-functioning section 481 is to film and television producers here.

When they go knocking on the doors of co-production partners – and these days, every project is a co-production with multiple backers – being able to tell potential financiers that they have section 481 in place is a vital piece in the funding jigsaw.

On paper, the way section 481 is designed has many attractions. No longer a personal tax write-off for individual film investors, it is now used by production companies as a credit against corporation tax. If the relief exceeds the tax due, the Revenue pays the difference.

The credit due is whichever is the lowest of 32 per cent of the eligible Irish expenditure (including the cost of international cast and crew working in the State), 80 per cent of the total production costs (including overseas expenses) or €70 million. This results in a maximum tax credit of €22.4 million per project.

To qualify, feature films, television dramas, animations (excluding computer games) and what are subjectively termed “creative documentaries” must pass a cultural test. So while the Revenue issues the tax credit, the project must also pass muster with a small number of assessors employed by Josepha Madigan’s Department of Culture, Heritage and the Gaeltacht.

Proposals abound for how section 481 might be reformed, including raising the maximum credit to €100 million to attract bigger productions and extending the relief to computer games. In the industry, there is both disappointment about perceived difficulties for television projects to win approval and concerns that the issuing of the relief to lower-prestige projects takes some gloss off the scheme’s claims to cultural integrity.

But for most producers, the gaping flaw in the story of section 481 lies in its administration. At the IFI festival, producers spoke about not knowing when approvals, certifications and payments would come through.

The same frustration was also expressed by Element Pictures co-founder Andrew Lowe in an interview with the Sunday Independent in which he criticised delays of up to two years. These meant borrowing the anticipated finance, then extending the duration of the borrowings when the cash didn’t come through on time, all the while depriving another film of potential finance. The system in the UK and the US was “seamless” by comparison.

The good news is that the Government has admitted that section 481 is not as smooth as it needs to be. The delays, according to Donohoe, are largely due to increased Revenue scrutiny on the costs claimed as eligible Irish spending – a necessary task to prevent abuses.

But if the scheme is problematic even for established Oscar-frequenters such as Element Pictures, then something is amiss. The big picture here is that section 481 is not some crazy outlier of an idea.

It is an incentive by which Ireland competes with other markets for foreign direct investment. If its terms are not favourable enough, its operation dysfunctional, and its remit unfulfilled, it is neither flush Hollywood studios nor newer content giants like Netflix that will suffer, but the array of Irish producers trying to do business with them.

In a year in which the Government has been hyping an ambitious audiovisual action plan - promising to invest €200 million over the next decade – getting a tax credit right would seem like a key part of the plot.