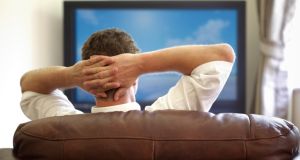 Liberty Global has built a commanding position on the continent, snapping up Virgin Media in the UK, Ziggo in the Netherlands, TV3 in Ireland, and Unitymedia, Germany’s second largest cable operator.

The Colorado-based billionaire earned his nickname for his buccaneering role in the decades-long consolidation of the US cable industry, most recently using Charter Communications, the cable company backed by his Liberty Broadband group, to agree a takeover of Time Warner Cable.

The question now is whether he can lead a similar shake-up in European cable and telecoms as the industry goes through an unprecedented period of dealmaking and technological change.

Liberty Global has built a commanding position on the continent, snapping up Virgin Media in the UK, Ziggo in the Netherlands, TV3 in Ireland, and Unitymedia, Germany’s second largest cable operator. It has also acquired a 9.9 per cent stake in ITV, the UK’s biggest free-to-air private broadcaster.

But Mike Fries, Liberty Global’s chief executive, says the group is not interested in expansion for its own sake.

Mr Malone, Liberty’s Global’s chairman, owns about 24 per cent of the voting rights in the company but leaves it alone to set its own course, says Mr Fries.

“I’ve been chief executive for 10 years and everything we’ve done has been self-created. We have the benefit of [Mr Malone’s] strategic insight and guidance but he is not a puppeteer.”

He points to Mr Malone’s actions over the past decade. Liberty Global used to be a subsidiary of Liberty Media, as did Discovery Communications, the media group that owns Eurosport and a broad portfolio of international cable channels, and Starz, the US premium cable channel. All three groups were spun-off with independent management teams.

“One of the things John has done very skilfully is take the position a decade ago that we should be the anti-conglomerate,” he says. “We have been a separate public company for 10 years that is completely unrelated to Liberty Media. He took subsidiaries like us and Starz and said: ‘Be free’.”

In that time, Liberty Global has been on a deal spree.

“They are very nimble and quick to move,” says Amy Yong, an analyst with Macquarie Securities. “When they seen an opportunity they can act really quickly.”

The CWC acquisition is in line with the strategy that is at the core of Liberty Global’s European expansion –“namely growth into underpenetrated markets, with extraction of operating synergies in a tax efficient way”, according to analysts at Olivetree.

Investors appear to have backed the long-term approach: shares in the company have risen more than 40 per cent in the past five years.

The group has borrowed heavily to complete its acquisitions, incurring total debt of $44.7bn, according to its most recent quarterly results - equivalent to 4.9 times annualised operating cash flow. It has a market capitalisation of $36.3bn.

CWC’s assets are in the Caribbean and Latin America, where it provides fixed-line, broadband and TV services. The complex transaction, completed using a tracking stock that houses Liberty Global’s cable interests in Chile and Puerto Rico, gives the company an opportunity to consolidate in a region where demand for cable and telephony services is growing rapidly.

Mr Fries expects double-digit growth in earnings before interest, tax, depreciation and amortisation in Latin America, compared with single-digit ebitda growth in Europe. Still, he believes that there is still the potential for growth in Europe, where the company generates 95 per cent of its revenues.

Unlike the US cable sector, cord-cutting – the cancellation of cable subscriptions by consumers in favour of cheaper, online alternatives – is not an issue for European operators. Lower prices and a broader range of services mean consumers get a good deal in Europe, says Mr Fries.

“Everyone talks about cord-cutting and over the top services. This is one area where Europe is in a much stronger position [than the us].”

Liberty Global’s companies, he says, can offer a “fat bundle [of channels] for a skinny price”.

The group has made strategic investments in content to bolster its European cable operations. It recently doubled its stake in Lionsgate, the Hollywood studio behind the Hunger Games films and Mad Men TV series, and in 2014 bought All3media, the UK television production group, in a joint deal with Discovery Communications.

The investments “give us preferred access to content”, says Mr Fries, raising the prospect of Liberty Global being able to strike exclusive deals for the most compelling shows and movies.

Talk swirled around the company this year when Mr Malone said its assets would be a “great fit” with Vodafone, the UK telecoms group. But talks between the two companies broke down. Nonetheless, Mr Fries suggests the door may not be completely closed on a deal.

“We never say never,” says Mr Fries. “But there is nothing happening at the moment.”

Analysts have pointed to more than $30 billion of cost savings and other synergies that could be unlocked by a merger of Vodafone and Liberty Global’s European operations.

People with knowledge of the talks have indicated that negotiations broke down over price, with Liberty and its European cable companies valued at a much higher multiple than Vodafone’s mainly mobile business.

Liberty is already acquiring mobile operations to bolster its cable businesses in countries such as Belgium, allowing it to offer bundles of fixed and mobile communications and TV. But a combination with Vodafone would instantly create a dominant European group capable of competing more equally with rivals such as Deutsche Telekom.

However, while analysts are split about whether it makes more sense for Liberty to buy Vodafone or vice versa, most agree that there needs to be either a re-rating of the Vodafone stock or a change in attitude among its management.

Regardless, Mr Fries says consolidation in European cable and telecoms will continue - particularly around mobile. The sector is “very competitive” and “a bit chaotic at times” but “healthy”, he says. “The consumer wins when networks and infrastructure come together across borders.”