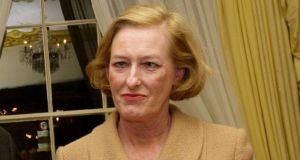 A conference celebrating the success of women in Irish media will take place in Kerry this weekend. Women in Media aims to provide an important forum for women to come together and debate important issues of the day.

Former editor of The Irish Times Geraldine Kennedy is a guest speaker. The conference will also mark the lifetime achievements of Irish Times journalist, the late Mary Cummins, who was from Ballybunion, and the late author Maeve Binchy, who spent her childhood holidays in the Co Kerry seaside town.

“Throughout the weekend, the achievements of women in all aspects of the media, both nationally and internationally, are celebrated,” organiser Joan O’Connor said.