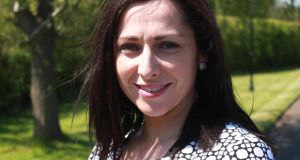 Henry Denny, the early 19th-century Waterford merchant who gave his name to meat brand Denny, “always did go further to please”, says the voiceover on the television ad for Fire & Smoke, a rather distinctive new range of Kerry Foods cooked meats. Over a bluesy beat and images of Deep South railtracks, oak wood chips and crackling flames, it continues: “So he’d say ‘hell, yeah’ to Denny getting all inspired by true American pitmasters.”

The product is part of Denny’s mission to “reinvigorate” a cooked meats aisle that may be viewed as “mundane” by some customers, says Nicola Weldon, island of Ireland meats marketing director for Kerry Foods, which has owned the Denny brand since 1982.

“The category by its nature is high penetration, but it’s relatively steady,” she says. With Fire & Smoke, a range of seven pre-packed flavoured meats and two deli counter varieties, Kerry Foods is hoping to grow the category by courting a younger demographic Weldon calls “flavour cravers”.

These are the kind of consumers who frequent Ireland’s proliferating barbecue-themed restaurants, but often say “hell, no” in the cooked meats aisle – Kerry wants to pique their curiosity with products such as “Fire & Smoke Bourbon Ham”, while the brand could “absolutely” be extended to Denny sausages and rashers in the future.

Kerry is investing an initial €500,000 in the launch of Fire & Smoke, the development of which saw its innovation teams travel to last year’s world barbecue championships in Kansas for some fire-grill education.

The above-the-line campaign for the brand, which has been in stores since April, was launched this week with the assistance of creative agency DDFH&B, digital specialists RMG, and PR and experiential marketers at the Reputations Agency.

Its media-buying account is with Vizeum, while Goosebump takes care of the in-store marketing.

Television is “front and centre for us”, says Weldon, but social media is also critical for reaching “flavour cravers”, as is the “heavyweight sampling” it has planned for festivals and events throughout 2015.

As for the Henry Denny figure, though he has featured in its marketing before, Weldon says, “we are certainly bringing him to life a little more for Fire & Smoke”.

1,800 homes sign up as WiredScore rolls out build-to-rent certification 05:30
‘It is the environment that is really changing how we spend’ 05:20
Best career advisers know plans not built to last 04:59
Boyd Gaming casinos boosted by deal with Paddy Power owner 04:46
Ires hires contractor to build more than 60 apartments close to Croke Park 04:15
Search executive
jobs on irishtimes.com