Has anyone got any blimp stories? 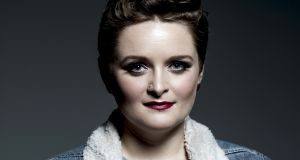 As starting points for digital media events go, “nobody cares about your brand” is always a good reminder, and at Measurement Conference, held this week at Dublin’s Liberty Hall, it fell to Irish International’s planning director Dena Walker to issue the “harsh but fair” truth.

“Has anyone got any blimp stories?” asked Walker, flashing up an image of a Goodyear blimp. Nobody did. And yet “tell us your blimp story” is a real Goodyear thing. (A Tumblr for brands with similar pleas can be found at TellUsYourStoryBlog.Tumblr.com.)

With 2fm’s Louise McSharry on MC duties, Measurement Conference steered clear of big tech company “sales pitches from people who don’t use their own tools”, as organiser Damien Mulley had promised.

The conference proved the point that it is not as hard as some rival events claim to find women speakers – everybody on the stage on Tuesday was female.

“There are more women working in digital media than there are men, but that doesn’t seem to be reflected at conferences,” said McSharry. “I think it is something very special that we are doing today.”

10 Sorry, Domhnall Gleeson, I don’t want to chat to you anymore