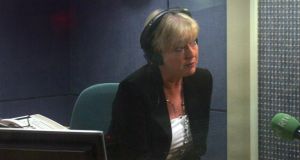 RTÉ Radio 1 continued to lose listeners across its weekday schedule, but the station made gains at the weekend and there are signs of stability at 2fm, the latest radio ratings show.

The Joint National Listenership Research (JNLR) survey for 2014 also shows that Newstalk Breakfast, presented by Ivan Yates and Chris Donoghue, capped off a good year by adding another 12,000 listeners, taking its audience to 165,000.

The John Murray Show, News at One, Liveline, Drivetime and Morning Ireland all compounded recent declines for Radio 1, while The Ronan Collins Show held steady on the last survey.

RTÉ managing director of radio Jim Jennings said the figures were simply “slaloming around” and that the losses were small in the context of the popularity of Radio 1.

He pointed to gains for Marian Finucane, Claire Byrne and Miriam O’Callaghan at the weekend. The performance of Finucane’s shows was the highlight of the survey for the station. She now has 366,000 listeners on Saturday, up 16,000 on the last survey, while 351,000 people tune in on Sundays, which is 9,000 more than before.

There was some good news at 2fm, with Ryan Tubridy consolidating recent audience gains and adding a further 6,000 listeners, taking him to 177,000, while Breakfast Republic stopped the rot by sticking at 100,000.

Head of 2fm Dan Healy said the next JNLR survey would show that there has been a turnaround at the station since the changes he made to the schedule last year. “Ryan is the 2fm story of this survey,” he said. “Breakfast Republic took a while to get going, but it’s got going now.”

Mr Tubridy said it was “a nice feeling” to be adding listeners. Though he is “generally of an optimistic disposition”, the nature of the radio business “doesn’t lend itself to cockiness”, he added.

The 2fm presenter’s direct competition has changed since the start of 2015, with Anton Savage recently taking up the Today FM 9am-noon slot vacated by Ray D’Arcy.

The figures show D’Arcy’s audience had slipped further in the months before he left Today FM. His final listenership was 215,000, down 15,000 year-on-year.

Speaking to D’Arcy on his new Radio 1 show, veteran DJ Larry Gogan appeared to confirm RTÉ was pleased overall with how 2fm was performing. “They’re delighted upstairs. They brought us in pizzas. Someone said Dan [Healy] was going to bring us in champagne, but we haven’t seen it yet.”

Newstalk will also be happy, despite the slippage for Mr Kenny, as it was the only national station to grow its weekday market share. It is now at 6.4 per cent, just behind 2fm, which has weekday share of 6.5 per cent.

However, local and regional stations have gained listeners at the expense of national ones and now account for 54 per cent of all weekday radio listening.

Local and regional radio stations are strongest in the north west, Cork and south west and are weakest in Dublin and the wider Dublin commuter belt, where national stations have a majority share.

About 16,700 people were interviewed for the year-long survey by the research firm Ipsos MRBI on behalf of radio stations, advertising bodies and the Broadcasting Authority of Ireland.

Some 84 per cent of all adults listen to the radio daily, tuning in for an average of almost four hours.