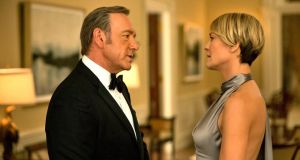 Ireland’s first TV and technology summit is taking place in Dublin tomorrow. The event will highlight new digital platforms disrupting the television industry and new methods of funding for projects

As the global television and film industry is changing, MediaCon will look at the advantages these changes can offer to independent production companies, broadcast companies, talent and content commissioners in bringing their work to a larger audience.

MediaCon co-founder Stephen McCormack said the event will look at the changes coming in the television business especially with regard to online and mobile.

“People under 40 have a different relationship with linear broadcasters now. They want to watch four or five episodes of a show at a time that suits them rather than one episode a week.”

More than 250 delegates are expected to attend the event, which is the brainchild of former Web Summit executive producer Lesley O’Connor.

Dermot McCormack, president of AOL Video and Studios, will discuss the communications giant’s content plans as Amazon and HBO continue to challenge Netflix for supremacy in on-demand video.

“When it comes to TV and digital, It’s not a case of either/or. The human desire for good storytelling is not separated screen by screen in our brains,” said McCormack.

“Good story is good story, no matter the medium. Content will always be king and what is important now is figuring out how best to target the right audience,” he said, adding that the opportunities for smaller markets to reach a global audience have never been greater.

Elsewhere, an estimated 10,000 people are expected to attend the Career Zoo recruitment and networking event in Dublin this weekend.

Twitter, Zalando, Pramerica, Amgen, Bank of Ireland, Citi, Uber, Ericsson, Accenture and Fidelity will be among the companies recruiting.

Career Zoo director Brian Ó hOisín said it is now a candidate’s market, rather than an employer’s market. “Candidates with the right skills-sets have all the power, and employers have to pull out all the stops to attract and retain the talent they need.”

“Skilled candidates are no longer wowed by companies that just offer decent salaries and a cool office,” he added.