Dish gains as it lures customers from competition 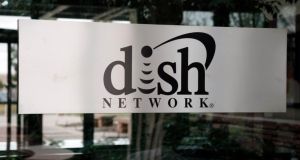 Dish added 35,000 pay-TV customers in the quarter, compared with a loss of about 19,000 a year earlier. Dish and its satellite rival DirecTV are benefiting from an influx of TV viewers from cable providers.

1 Columbia Sportswear defies gloom with first Irish standalone shop
2 Nine more suing INM and Leslie Buckley over alleged data hacking
3 Restaurants file court actions against insurers over lockdown losses
4 Could your old car be giving away all your secrets to its new owner?
5 Why are markets booming when a crash is on the way?
6 How to further divide the economy using the wage subsidy
7 Supreme Court in Dublin clears Bernie Madoff Ponzi loss case for hearing
8 Brexit: System agreed for Irish goods to skip checks on UK trade
9 Home or car: what’s the best use of my savings?
10 Are you mad to keep your money in prize bonds?
Real news has value SUBSCRIBE