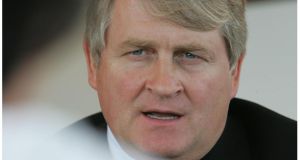 Denis O’Brien’s Communicorp Group has proposed the acquisition of eight regional radio stations from Global Radio in the UK.

The deal, which is said to worth about £35 million (€42 million), would make Communicorp the fourth-largest commercial radio group in the UK.

The sale is taking place under the supervision of the UK’s Competition Commission and Communicorp has already been approved by the commission as a suitable owner of the divested stations.

The UK commission said Global, which owns the Capital, Heart and Classic FM networks, had to sell stations in seven areas of Britain where it dominated the radio ad market as a result of it buying GMG Radio in 2012.

The proposed sale will also be subject to the approval of the Competition Authority of Ireland.

Communicorp said it planned to rebrand the Real stations under the Heart franchise, and relaunch the Smooth stations with local programming.

“We have been looking at the UK market for some time now and we are delighted to be adding these radio stations to the Communicorp Group,” Communicorp chief executive Gervaise Slowey said.

“Each of these stations has a strong and loyal following and this move will make Communicorp the fourth largest commercial radio group, in the UK.”

“The brand licence agreement that we have in place with Global for Heart, Capital and Smooth will allow us to combine the strength of a national brand, with a local presence. We feel that this will provide the best customer offerings to each of the stations’ audiences.”