Acquisition is victory for John Malone amid consolidation by cable operators 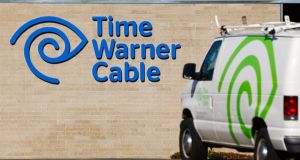 A successful Charter-Time Warner Cable deal would concentrate significant broadband power in one company. As such it is likely to face intense scrutiny from regulators

Charter Communications is nearing a deal to acquire Time Warner Cable for about $55 billion (about €50 billion), according to people familiar with the matter, in a victory for US tycoon John Malone, the so-called “cable cowboy”, over Franco-Israeli billionaire Patrick Drahi of Altice.

Charter, the third-largest US cable operator, is to combine with its larger rival in a stock-and-cash deal that values shares in TWC at $195 each. The enterprise value of the transaction will be $78 billion, which includes about $22 billion in net debt.

The deal comes amid sweeping changes in the US cable industry, as more consumers watch video on the internet, rather than on television sets. Consolidation could help cable operators compete with a new generation of online video services such as Amazon and Netflix, and also better withstand the growing pricing power of content providers.

As part of the TWC deal, Charter will complete its Bright House transaction and merge the three groups into a single entity with 23 million customers. That will make it the second- largest cable operator behind Comcast.

Charter is prepared to pay 23 per cent more than Comcast had agreed to pay for TWC in 2014. The large premium is partly due to the late entry of France’s Altice into the bidding war for TWC.

Altice’s defeat is not likely to signal a retreat by the European operator from further expansion in the US. The French group, which last week bought rural cable operator Suddenlink for $9.1 billion, is expected to continue scouring for deals in the US and in Europe.

Cable companies are the largest providers of highspeed broadband services and a successful Charter-TWC deal would concentrate significant broadband power in one company. As such, it is likely to face intense scrutiny from regulators.

Regulatory opposition was a key factor in Comcast’s withdrawal of its $45 billion bid for TWC. – © The Financial Times Limited 2015