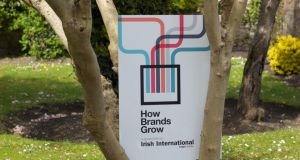 Dena Walker, head of advertising at Irish International, says: “As an industry, we probably haven’t done as good a job as we could have about explaining the value of creativity.”

How many brands do you love? The answer, if it’s not zero, is probably close to it.

The advertising industry can be guilty of rhetoric about brands having devoted “fans” and hyperbolic jargon such as “lovemarks”, says Alex Lewis, strategy director at BBDO International. Very often, however, a brand’s heaviest buyers don’t love the brand but “just love the category”. Indeed, most users are “on the verge of forgetting a brand”.

Lewis was in Dublin recently to give a presentation to clients of Irish International BBDO on “the science behind the magic” of how brands can avoid being forgotten and grow. An instinct to focus on cementing loyalty was not the answer, he said. Campaigns that seek to increase penetration – in other words, target new customers – are more effective.

Lewis, a multiple Cannes Lion winner, leads the global strategy on Guinness and all of the Mars-owned food brands, including Snickers, for which he developed the “You’re Not You When You’re Hungry” campaign in 2010.

Forget about rational thinking: it is ads that play to the emotions that bring profits, he told clients in Dublin’s Morrison Hotel last Thursday.

The other options are to make people laugh or to make people marvel, a strategy pursued by the big brand likes of Nike, Chanel and Guinness, which will launch a new campaign in this market later this year.

Before arriving at the “populist” Snickers campaign, BBDO worked out this test: if you wouldn’t tell someone about it in the pub, it’s not humorous enough. If you’d feel uncomfortable chatting about it with your Dad, it’s not inclusive enough. If you’ve got to work at it in any way, it’s not down-to-earth enough.

Archetypes such as the hero or the everyman are useful, as are topical concerns, such as Dolmio’s exploitation of concerns that “family dinner time” has come under pressure from technology.

In the pasta brand’s “Pepper Hacker” ad, Australian mothers were filmed using a device disguised as a pepper shaker, which when twisted would block wifi and shut off electronic equipment. This forced aggrieved children to come to the table and look at each other instead of a screen. The ad is funny, which lets Dolmio deliver what might otherwise seem like heavy-handed moralising.

Lewis was introduced by Dena Walker, head of advertising at Irish International, who alluded to client suspicions that certain creative campaigns are developed with the awards shelf, not their sales growth, in mind.

It might sound like the most obvious thing in the world to say creativity works, creativity is good and creative agencies should be more creative, but the Irish industry assesses its own work as risk-averse. It wants clients to more readily give it the permission – and the budgets – to pursue big, salient ideas.

“In this market, we’re not brilliant at tapping into the emotional stuff. We’re conservative and the recession has brought us even more into that safer space,” said Walker.

Isn’t there always a risk that if every brand tries to “move” the audience in the same way, consumers will become jaded? Walker said there was a “trend towards pathos” at the moment and believes there is space for a different type of Christmas ad, one that depicts the “the fun side”.

Campaigns still needed craft and execution skills to work, Lewis said. The success of the “Compare the Meerkat” ads for CompareTheMarket.com a few years back triggered a “wave of stuffed animal” characters, but one of its closest copycats was “utterly reviled”. Such was its failure, he couldn’t even remember its name.