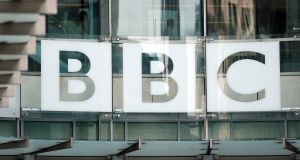 General director Lord Hall will discuss his goals for the BBC’s global radio outreach at the Voice of the Listener and Viewer autumn conference. Photograph: Jonathan Brady/PA Wire

The BBC is planning to create a Netflix-style service to showcase its wide-ranging radio content globally, the networks general director is to announce.

Lord Hall intends to introduce a “Netflix of the spoken word” to strengthen the ways the broadcaster shares its audio archives to reach a wider audience.

This will follow the path of the broadcaster’s iPlayer service, which allows viewers to catch up on TV programmes online, and other streaming services such as Netflix and Amazon Prime Video.

He will discuss his goals for the BBC’s global radio outreach at the Voice of the Listener and Viewer autumn conference.

Lord Hall will announce that: “One of my goals in the years ahead is to strengthen and expand those areas in which we really lead the way globally. News, natural history and drama, yes. But also education, science and the arts. And audio.

“In fact, one of the big challenges I have set my teams is just that: to enhance our global audio offer. The BBC makes the best radio in the world. It is one of our crown jewels, and we have an extraordinary wealth of audio riches at our disposal.

“But, with the level of excellence we have, are we doing enough to push the fantastic drama, arts, comedy and entertainment we deliver on the world stage?”

“It’s one of the things that will help the BBC carry the full weight of Britain’s culture and values, knowledge and know-how to the world in the years ahead. And say something really important about modern Britain.”

More details about the service are expected early next year.

Netflix chief executive Ted Sarandos previously praised the BBC for launching iPlayer in 2007 and paving the way for other on-demand services.