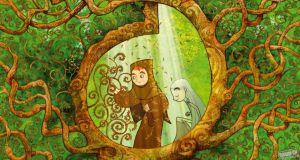 Things are on the up and up for Ireland’s animation industry, which is continuing to punch above its weight globally.

The company may have been acquired by 9 Story Media but it will retain its brand and the senior management team, led by co-founders Cathal Gaffney and Darragh O’Connell, will stay on.

The company, which currently employs 160 full-time staff in Dublin at the moment, shot to prominence in 2002 after receiving an Oscar nomination for its short film Give Up Yer Aul Sins. It received a second Oscar nomination a few years later for Granny O’Grimm’s Sleeping Beauty.

And it’s not the only Irish animation studio bagging Oscar nominations either, further proof Ireland can compete with the best of the best in a relatively niche area. Kilkenny-based Cartoon Saloon was nominated for an Oscar in 2010 for The Secret of Kells.

It received another Oscar nomination this year for Song of the Sea.

TV programmes made by Irish animation companies such as Brown Bag and Cartoon Saloon and other Irish studios such as Boulder Media are meanwhile being watched by millions of children in more than 100 countries worldwide, while high-profile clients include Nickelodeon, ABC, Cartoon Network and Netflix.

Why is Ireland’s animation industry doing so well, especially with regard to attracting foreign investment?

One of the reasons is most likely the Section 481 tax incentive. The Government recently extended the incentive scheme to 2020 and the value of the tax incentive was increased from 28 per cent to 32 per cent at the start of this year.