Report finds 198m consumers are blocking ads, an increase of 41 per cent year-on-year 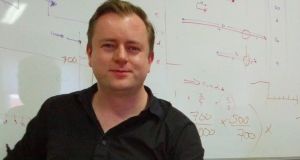 Ad blocking has grown by 41 per cent in the past year, with almost 200 million internet users now deploying ad block software, according to a new report.

Figures released by Dublin-based PageFair and Adobe found there are 198 million monthly active ad block users globally, including 676,000 in Ireland.

In the US, ad blocking grew by 48 per cent between the last quarter of 2014 and second quarter of 2015 to 45 million monthly active users, or approximately 16 per cent of the US online population.

In Europe, ad blocking grew by 35 per cent during the same period to 77 million monthly active users.

The report estimates $21.8 billion will be lost in advertising revenues this year due to ad blocking, with that number expected to reach $41.4 billion by 2016.

The report says ad blocking, which has been concentrated on desktop browsers, is now spreading to mobile in Asia. It expects this trend to accelerate globally in September when the ability to block ads is introduced to iOS.

“With ad blocking going mobile, there’s an eminent threat that the business model that has supported the open web for two decades is going to collapse,” he said.

PageFair, which is a provider of counter ad block solutions to web publishers, tracked the growth of ad blocking for three years, measuring over a billion ad blocking hits every month across more than 3,000 client websites to determine the types of content most affected.