European and US shares rise as hopes of recovery remain strong 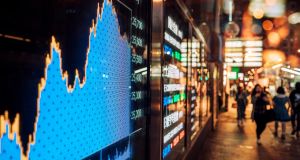 European shares rose on Wednesday, with hopes of a swift rebound from a coronavirus-led economic slump gaining traction even as curbs on movement in Beijing were put in place to contain a potential second wave of Covid-19 cases.

The pan-European Stoxx 600 index was trading 0.8 per cent at 2.30pm, after logging its best day in nearly one month in the previous session on the US Federal Reserve’s plan to start buying corporate bonds and a report the Trump administration was preparing a nearly $1 trillion infrastructure proposal.

However, advances were constrained by Beijing’s cancellation of scores of domestic flights as China ramped up attempts to contain a coronavirus outbreak that has triggered fears of renewed wider contagion.

Healthcare stocks remained in focus for investors, boosting the Stoxx 600 by the most, while the European travel and leisure sub-index fell in early trading.

Among stocks, Lufthansa rose 4.1 per cent after German investor Heinz Hermann Thiele raised his stake in the company to more than 15 per cent from 10 per cent, he told newspaper Frankfurter Allgemeine Zeitung in an interview.

Elsewhere, HSBC is resuming a redundancy plan it put on ice after the coronavirus outbreak, and will cut around 35,000 jobs over the medium term, a memo seen by Reuters on Wednesday showed.

The bank will also maintain a freeze on almost all external recruitment, chief executive Noel Quinn said in the memo, which was sent to HSBC’s 235,000 staff worldwide.

“We could not pause the job losses indefinitely - it was always a question of ‘not if, but when’,” Mr Quinn said, adding that the measures first announced by HSBC in February were “even more necessary today”. A bank spokeswoman confirmed the contents of the memo. – Reuters