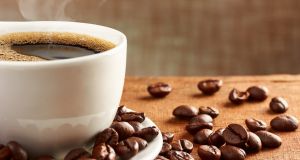 The buzz of the morning alarm might start to sound even more painful thanks to topsy-turvy weather in Brazil that is pushing up the cost of commodities that find their way into your breakfast drink.

Across the country’s coffee belt, dry weather is hurting production of arabica and robusta beans. At the same time, too much rain in citrus areas hampered production of orange juice, while frost in sugar-growing regions has cut yields.

Brazil is the world’s biggest producer and exporter of all three products, underscoring why supply problems have prompted investors to increase bets on price gains – a combined measure for holdings in the three products is at an all-time high. Sugar and orange-juice futures in New York are already trading near four-year highs.

In Florida, the number-two orange-juice supplier, a disease-spreading bug has devastated crops. “This isn’t a short-term phenomenon – you are seeing some real supply-side constraints,” said Lara Magnusen, a La Jolla, California-based portfolio manager at Altegris Advisors, which oversees $2.47 billion (€2.19 bn).

For coffee, Brazil’s supply woes are also being compounded by problems in Asia. Drought hurt crops in Vietnam, the largest producer of the robusta variety. Consumers were hopeful that the South American harvest of the beans could help ease supply tightness, but instead dry weather hampered output.

As robusta supplies grow scarcer, more roasters are increasing their use of arabica beans and driving up those prices. Arabica futures in New York are heading for a fifth straight monthly increase, which would be the longest streak since 2010.

While dryness has been hurting many crops, the problem for orange trees has been excessive rain. Too much humidity sparked concerns over crop disease for Brazil’s groves, Cepea, the University of Sao Paulo research arm, said this month.

Meanwhile, a bug known as the Asian citrus psyllid continues to spread a bacterial disease that’s ravaging trees in South America and Florida. Global production of the beverage is already set to slump to the lowest in decades, according to the US Department of Agriculture.

Though the weather has been to blame for Brazil’s crop gloom, there’s still time for a turnaround that can help rescue plants, said Ben Ross, portfolio manager and co-head of commodities at New York-based Cohen and Steers Capital Management, which oversees $61 billion in assets.

And even if the conditions linger, the higher prices could be their own undoing. US consumption has already slackened for orange juice. “At some point, the prices are going to hurt demand,” Ross said. “The upside is limited.”