Mapping world with three little words for every location 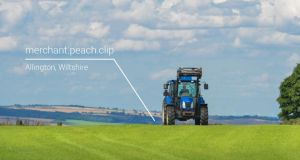 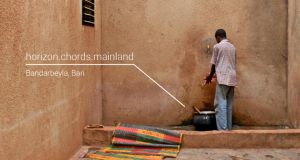 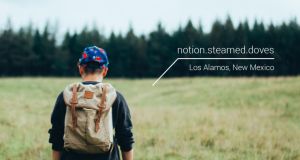 From ancient Babylon to Ptolemy, from Mercator to Google Maps, the process of mapping the world has represented one of the greatest technological achievements of humanity.

We have come a long way since the earliest atlases, with a GPS system in nearly everyone’s pockets. And yet, despite having a satellite’s perspective of the planet at our fingertips, the challenge of addressing the world remains a stubbornly difficult problem to solve.

Even in developed western cities, the combination of smartphones and street addresses can lead us astray with surprising frequency.

As for the approximately four billion living in the 135 or so mostly developing countries that the UN says lack a properly functioning addressing system, and particularly for the nearly 900 million or so people in the rapidly expanding favelas and informal urban settlements across the world, the challenge is infinitely greater.

“One of the biggest preconceptions is that the world is well-addressed,” says Giles Rhys Jones, the marketing director of What3Words, a three-year-old British start-up that has devised an ingenious solution to the problem. “But actually, when you look at it, it’s quite poorly addressed.”

While latitude and longitude co-ordinates can accurately pinpoint any location on the planet, the strings of numbers and characters are not exactly designed with human users in mind.

Chris Sheldrick, the founder of What3Words, repeatedly experienced that first-hand when running a large-scale music events company, which involved moving equipment from location to location, and the seemingly basic issue of getting things from place to place became a recurring nightmare.

Using the most common 40,000 words in English in combinations of three creates some 64 trillion combinations, more than enough to denote every 3m² on the planet.

They developed an algorithm to randomly allocate three word combinations for every part of the planet, down to a very high resolution.

Using the What3Words system for the Irish Times building on Tara Street in Dublin, then, instead of a lat-long co-ordinate of 53°20’45.5”N 6°15’17.4”W, you get a far more usable three-word address of “stocks.employ.rests”.

“We’ve put shorter more memorable words in places that speak that language. We have taken out homophones, rude words – there’s a lot of work put in to the word list,” says Rhys Jones.

“We’ve also put similar sounding words really far apart, to avoid issues you can have with lat-long or other systems: if I put in table chair lamp instead of table chair lamps, one is in America and the other is in Australia. It’s a built-in error detection that both human and system can see. It is a very simple concept to understand, but underneath there is a lot of stuff going on. I say index. home. raft, and in under five seconds I have given you a very precise square on the planet that you can understand.

“It is a user-friendly version of co-ordinates.”

The concept isn’t restricted to English, of course – What3 Words currently works in 10 languages, with another 15 in development. And best of all, the entire system takes up just 10mb or so of space, meaning it can easily be downloaded on to a smartphone or GPS device.

It is so conceptually simple that it makes the €38 million spent on the controversial Eircode system here seem like an even more astonishing amount of money to establish a postcode system that nobody uses.

“Generally around the world, poor addressing causes three things,” says Rhys Jones. “First frustration for people. Then, massive business inefficiencies – UPS have said that if they can save each of their drivers one mile a day, that’s a $50 million saving for them. And then you get the more significant stuff – if aid doesn’t get delivered to the right places, if disease outbreaks can’t be monitored, if slums and informal settlements can’t be addressed, actually that costs lives.”

Rhys Jones says that What3 Words is already in use by postal services in favelas in Brazil that were previously enormously difficult to deliver post to, as well as aid agencies, such as one in Tanzania tracking cholera outbreaks.

Later this year, An Garda Síochána will be testing What3Words to assist event planning and security at events such as the ploughing championships.

The What3Words business model relies on licensing the underlying APIs to businesses, such as courier companies, who can incorporate the technology into their products, and last year it completed a $3.4 million second round of financing from Intel Capital. Ultimately, the goal is to be built in to established mapping platforms such as Google Maps.

“We’re unashamedly on a mission to change the world, and to do that we want to be a globally accepted standard for an address,” says Rhys Jones.

“It is about democratising addressing. There are four billion people in the world that don’t have an address, and now they have a way to talk about where they live.”