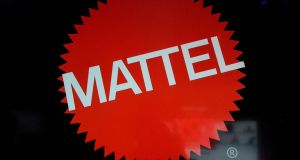 Shares of Mattel fell to their lowest since the 2008 financial crisis on Friday after the Barbie maker suspended its dividend and warned it would miss forecasts for revenue this year.

The toymaker was the second in a week to report trouble with existing plans from the bankruptcy of major retailer Toys’R’Us and analysts said Mattel’s streak of sales declines could now persist into 2018.

Performance across top brands Barbie, Fisher-Price and Monster High was much worse than most had expected, putting more pressure on management after sales have declined in four of the past six quarters.

“We suspected a rough quarter . . . but that was really tough,” Jefferies analyst Stephanie Wissink said in a note on the results.

The surprise bankruptcy of Toys’R’Us in September added pressure to an industry that has been struggling with online competition and lacklustre demand for traditional toys. – Reuters