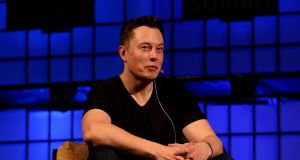 Elon Musk has said weekly production of 3,000 cars in Shanghai is a target for Tesla at some point

Tesla delivered a record 112,000 cars in the final three months of 2019, as buyers rushed to take advantage of subsidies being dialed back or eliminated in three key markets this year.

The electric-vehicle maker handed over 92,550 Model 3 and 19,450 Model S and Model X electric vehicles in the fourth quarter, according to a statement, eclipsing its previous total best of 97,000 set in the prior three months. Tesla delivered 367,500 vehicles in 2019, topping the low end of its forecast for at least 360,000.

The results add to the momentum which chief executive Elon Musk ended last year with, following a surprise quarterly profit reported in late October. To stay on a roll, Tesla will have to overcome the ceasing of federal tax credits for its vehicles in the US and less-generous support from the Netherlands, which generated huge demand with tax incentives that expired at year-end.

While policymakers in China have mulled further reducing subsidies, a new plant Tesla has built near Shanghai is making Model 3s assembled there eligible for handouts, and locally built saloons will be exempt from a purchase tax.

International deliveries of the Model 3 saloon began in early 2019 and became a significant source of sales over the course of the year. While Tesla doesn’t release a breakdown of deliveries by region or country, the company disclosed in October that revenue in the US plummeted by almost 40 per cent in the third quarter from the year-earlier period. That drop more than offset growth in other geographies.

Tesla has said that China could become the biggest market for Model 3s, which are now being assembled at the factory near Shanghai. The company cut the starting price of its China-built Model 3 saloons by 9 per cent as it steps up efforts to lure customers in the world’s biggest electric-vehicle market.

California-based Tesla, which handed over the first of its Chinese-made cars to 15 employees on December 30th, will start delivering local models to the public on January 7th, it said on its official WeChat account.

That’s just one year after breaking ground at the Shanghai plant, Tesla’s first factory outside the US.

Tesla is already assembling more than 1,000 cars a week at its China facility and plans to double that rate over the year, according to Song Gang, the manufacturing director of the plant.

Mr Musk has said weekly production of 3,000 cars in Shanghai is a target at some point.

Last month, people familiar with the matter said localisation would help Tesla cut prices by 20 per cent or more in 2020. The company has been exempted from a 10 per cent purchase tax for its locally built saloons, posing more of a threat to its rivals. – Bloomberg