How tech can turn lives around 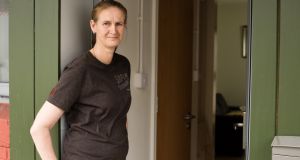 Veronica Gaffney, who had difficulties with alcohol and was living in a squat before being rehoused in Dublin 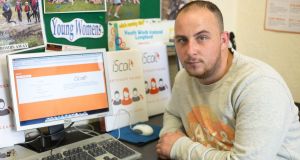 Daniel Hoskins from Longford, who believes that he would be in prison if it hadn’t been for the iScoil programme

Bringing innovative thinking to public services and social issues came to the fore during the economic crisis. After the Celtic Tiger years, where priority was seemingly given to innovation for profit, many turned their attention to applying their smart thinking to the social sphere.

Social Innovation Fund boss Deirdre Mortell says its mission “is to find and back innovations that solve critical issues here in Ireland and help them grow and spread around the country”.

Its €1 million Thinktech programme was set up by Social Innovation Fund, half of which was funded by Google and the other half by the Government.

Space Engagers, which was born out of its Reusing Dublin initiative, uses interactive mapping to engage citizens with local issues.

“It engages people with local issues like homelessness, regeneration, problems in social communities with iterative mapping,” says cofounder Aoife Corcoran. “Basically it’s getting people to observe where they live and using the whole mechanism of mapping. People do enjoy mapping, if you think about it. People enjoy treasure hunts, geocaching and Pokémon Go, so we are trying to turn the whole idea of mapping into something for social good.”

The Peter McVerry Trust works with Space Engagers to find vacant properties that may be suitable for housing those who are homeless. One beneficiary of this social enterprise is Veronica Gaffney, who had difficulties with alcohol and was living in a squat before being rehoused in Dublin.

“It’s nice having a house, your own home to lie down and have a sleep and make your own food for dinner,” says Gaffney. She is going back to college to study design, and believes that without the aid she has received she would still be battling with alcohol addiction.

Foodcloud connects 2,000 shops across Ireland and the UK with about 5,000 charities through waste food collection. “At a retail level we connect local business like Aldi , Tesco, Lidl that have surplus at a store level and we directly connect them with charities in their local communities through a technology platform,” says Aoibheann O’Brien.

“We also have a warehouse-level solution. Some food is wasted earlier in the supply chain, but it would be large volumes, so you’re talking 20 pallets of short-date cereal that can’t be brought to the supermarket. The Thinktech funding has helped us get that technology road map in place and developing that end-to-end solution but what it has really done is sent us on a journey to create what we believe is one of the world’s first end-to-end technology-driven solutions for surplus food redistribution, so for us that’s really exciting.”

The charity Kare uses Foodcloud. Nula from Ballymun avails of food the charity provides. “I’ve raised seven kids and now it’s nice to have meals made for me. Before I had this meal service, I would skip meals sometimes and go hungry.”

Anne O’Brien lives on her own in Cork city. Living far away from her family life could be lonely at times until she received the aid of the charity Alone, which provides services to the elderly to allow them to grow old in their own home. With the use of their services, O’Brien doesn’t feel lonely any more.

“I look forward to having a little chat every day. Unfortunately my family live down the country from me. I don’t have very much contact with them. [Alone] ring and they’re interested. As I say, it’s a lifeline.

“You wouldn’t feel so frightened of being alone and not seeing or hearing from anyone all day can be a very lonely existence.

In the city where I live now my old neighbours are gone and they are nearly all strangers here now.”

Seán Moynihan chief executive Alone tell us exactly what the Thinktech fund has done for the charity. “We built a system with Netwell Casala where we’d have a BFriend app where staff and volunteers have an app that would link into Alone’s management information system. When they do visits they can report how the older person was. We also have BSafe. We’ve sensors in people’s homes that could call back to emergency, friends, family or back to our systems to respond. And we have The Bwell system – which is a system where people can track their own health. We are getting multiple small- and medium-sized agencies on the same system. What that means is that whether we provide the service or somebody else provides the service up and down the country, where an older person needs supports, they get the same assessments, same supports and same consistency of service. What Thinktech has done is it has allowed us to connect all the bits. It’s allowed us to get good at telling the story of it and to bring this to scale nationally.”

Youth education has also benefited. iScoil provides an alternative to those who have dropped out of education. “Our aim really is to make sure that access to education and learning isn’t limited by circumstance. We are motivated by the fact over 3,000 young people leave school without any qualifications before they reach 16 and that limits their life opportunities.

“Before Thinktech we were a little bit like we were trying to build a plane in the sky because we were trying to balance delivery of our service with our development as well. We also lacked skills, knowledge and experience in key areas, things like financial planning and strategic planning that would enable us to set ourselves up for organisational growth. They were a bit like a Swat team that descended upon on us,” says Marianne Checkley, chief executive of iScoil.

Daniel Hoskins from Longford town believes that he would be in prison by now if it hadn’t been for his opportunity to join the iScoil programme. A move from the UK to Ireland saw him acting out as a youth, he says. “I had no interest in school and ended up going down the wrong road. I was getting into fights for no reason and causing trouble. iScoil gave me a place to go, where I could get something out of it. The boys really encouraged me. They gave me the courage to fail, and try again. When I was down at my lowest, they boosted me up.”