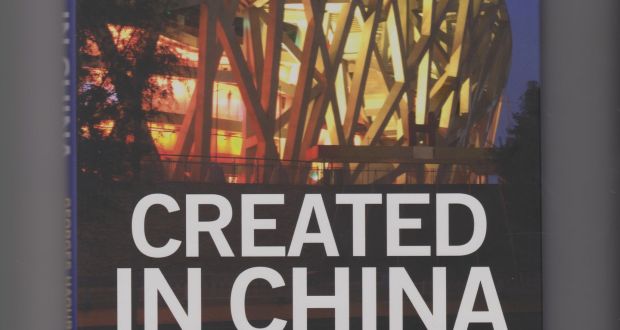 Created in China, how China is becoming a global innovator by Georges Haouer and Max Von Zedtwitz

Book Title:
Created in China, how China is becoming a global innovator

With concern rising about the economic health of China, this interesting and well researched look at how the global superpower is transforming itself into an innovation-led economy is timely.

The development of countries from low-cost and/or relatively low-value manufacturing centres to more added-values ones is a narrative familiar to Irish readers from our own experience. That China is on the same journey should not be a surprise.

Increasingly, low-cost manufacturing is moving to centres such as Vietnam. China is following the path of Japan and South Korea, a process accelerated since it joined the World Trade Organisation in 2001. More recently, its focus has shifted away from low-cost production for the West towards stronger internal demand and internationalisation of its firms. Indigenous innovation lies at the heart of this.

This book focuses, however, not so much on the macro-economic factors but on the individual companies that are moving China towards being a global innovator. We learn about firms such as COFCO, China’s largest food company, that employs 100,000 people and has sales of RMB200billion. It has evolved from a grain and oil trading company to a very large supplier of diversified products with operations in all aspects of the food sector.

China has produced a slew of e-commerce companies, such as Alibaba and more recently Yihaodian while Yue Bao has become a $90 billion money market fund using big data from Alibaba to anticipate the behaviour of customers.

Then there’s carmaker Geely, which acquired Volvo in 2010 in one of the first major foreign acquisitions. It has built a new Volvo plant in Chengdu and has established an R&D facility in Shanghai. It is investing $11 billion in Volvo and has just started to export cars to North America.

Joint ventures with US and European firms include Goodbaby International, an industry leader in strollers, wooden beds and car safety seats for children. The company is known for its innovation in safety and quality and partners with Carrefour and Wal-Mart.

It is not merely large firms that are doing well. Some 80 per cent of the jobs in China are now in SMEs with the latest five-year plan providing specific support to SMEs in order to develop “new, distinctive, specialised and sophisticated firms”.

While the hand of the state looms large in China’s entrepreneurship, this connection is expected to loosen in the years ahead as a younger generation of entrepreneurs seeks to operate in a more “hands off” way. That said, the public sector retains many levers of power and private firms still require government licences and permits to operate, secure loans and trade internationally.

Balancing control with freedom will be one of the key challenges for China over the crucial two decades ahead, the authors observe, noting that despite its idiosyncrasies, this is a superpower that navigates change at great speed. As it gathers pace, the prediction here is that it will be better able to leverage its engineering talent to impart new technical features into its product and service offerings.

Pitfalls need to be avoided. Two such possibilities are an environmental disaster or a financial crisis and/or the bursting of its real estate bubble. Others include corruption, social unrest, an Asian-Pacific war, caused, for example, by disputes over small islands with Japan.

That said, the authors maintain that the West can learn from Chinese innovation. A large number already have an R&D presence there with many reporting that their Chinese competitors are either equally or more innovative than they are.

One of the more interesting topics the authors look at is the role of human capital. While skills in technical and mathematical areas are high, more needs to be done in softer skill areas such as team building, taking initiatives and entrepreneurialism. Unlocking the power of China’s diaspora should help in this regard as there is a large population of Chinese natives who have spent years studying and working abroad. Initiatives to attract returnees are now beginning to have a significant impact.