When consumers get worried, they get frugal 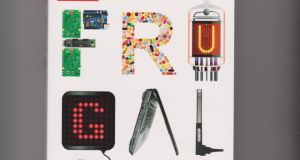 Book Title:
Frugal innovation - how to do more with less

The road to the launch of the Dacia range of cars provides a neat backdrop for the authors of this book about lean innovation.

On a visit to Russia in the late 1990s, Renault’s then CEO discovered to his dismay that Ladas, priced at a mere $6,000, were outselling Renault models, retailing at twice the price.

On his return he set his engineers the task of building a car that could sell at this price point. There were three specifications: the cars should be modern, reliable and affordable but everything else was negotiable.

Achieving this involved changing the very culture of Renault.

The company’s engineers had grown up with a resource-rich culture, a relatively stable economy and a “bigger is better” philosophy.

A bold decision was made to make the car in an emerging market with a cross-cultural team of French designers and Romanian manufacturing engineers.

They created a car with 50 per cent less parts than a typical Renault, a simpler architecture but which was spacious at the same time.

To accommodate the needs of Romanian car buyers, the brief called for the car to carry “four adults, a pig, a sink and 100kg of potatoes”.

Not alone did the car prove popular to consumers in eastern Europe, to Renault’s surprise the Logan also found a market in more affluent parts of western Europe.

Renault had stumbled on a new paradigm that has been described as “permanently value-sensitive customers”. Seeking value therefore is not a short-term recession driven phenomenon.

It’s part of a wider, longer-term shift in attitudes as a result of consumers feeling less secure.

Over the past decade the middle classes in North America and Europe have seen their incomes stagnate and their purchasing power shrink.

According to Pew Research, only 44 per cent of Americans now define themselves as middle class, a nine percentage point drop since 2008

The percentage that feel they have fallen into a lower income class has shot up from 25 per cent to 40 per cent.

Consumers have also become more values conscious, with social harmony and environmental concerns now seen as hugely important. Frugal Innovation describes the move to a more circular economy in contrast to the linear economy in which products are designed, built, sold and consumed ending up in landfill.

e In this new world, by contrast, materials and even waste is reused. The World Economic Forum has claimed that this circular economy could save $1 trillion a year by using resources better.

Frugal innovation is about delivering products that are well-designed and good quality which are delivered cost effectively and sold at affordable prices. It’s not about huge trade-offs on quality for lowest possible price.

Affordability, quality and sustainability are the key words here. Rather than dealing with all three independently, frugal innovation seeks to integrate them. For example, more than 70 per cent of a product’s life cycle costs and environmental footprint is determined during its design phase so frugal innovation addresses issues early in the R&D phase.

Moreover, it also looks at how consumer desires have changed and how a more collaborative approach by companies is what is required now.

Car sharing is cited as an example and it is noted that in 2013, more people used BlaBlacar, a market leader in this area, than travelled by the Eurostar train from London to Paris.

Author Navi Radjou is described as a Silicon Valley innovation and leadership thinker who won the Thinkers50 Innovation Award in 2013, while his co-author Jaipeep Prabhu is Professor of Marketing and Indian Business at Judge Business School at the University of Cambridge and has consulted in major corporations internationally. Together, they have produced a very accessible and engaging book on this interesting topic.