Innovation Talk: Scientific advice must not be bonded to vested interests 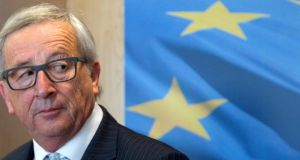 Scientists are sticklers for evidence. They start with a theory, an assumption about why something is so, but then like to conduct experiments to collect evidence that helps explain what is going on. It is not enough to make an educated guess in science, you can’t assume it is a duck because it quacks and walks like one, you need evidence to show that yes it really is a duck.

Now suppose you are a government and you want to plough money into some project, say the funding of a big research initiative or the creation of a major research centre. It seems self-evident that before any state money starts to flow into those big expensive projects you would need good-quality evidence to show it is all worthwhile.

The government might get its evidence by relying on an independent view, provided by an individual or group of individuals who have specialist knowledge or know where to get it. The independence of the adviser is important in that the person or group is not locked into an established state-initiated policy that limits the scope of the advice being provided.

Sir Mark Walport is Britain’s chief scientific adviser and provides an independent perspective on issues on behalf of his country’s government. He does not make this advice up, he looks for evidence that supports the views he takes.

Dame Anne Glover provided a similar chief adviser service to the European Commission president José Manuel Barroso between 2012 and 2014, although her tenure ended rather abruptly at the end of the Barroso presidency.

Incoming president Jean-Claude Junker decided he no longer wanted such a post, causing consternation across the member state scientific community which viewed it as a regressive decision and one that would leave the commission at risk of making poor-quality decisions on science issues.

Junker quieted at least some fears, however. when he announced last May he intended to set up a new “Scientific Advice Mechanism”. When taken out of Eurospeak this translates into scientific advisory group. It will be established by this autumn to provide “a new mechanism for independent scientific advice to the commission”, in the words of the commission itself.

The mechanism was needed for a number of reasons, the commission argued. It said scientific evidence was increasingly important for policymaking and better regulation of investment. The advice needed to be independent, objective, interdisciplinary and transparent, it says.

Last month, the commission announced that Sir David King, a former UK chief scientific adviser, Rianne Letschert of the Dutch Royal Young Academy of Sciences and António Vitorino, a former commissioner, had agreed to make recommendations to the commission on the membership of a seven-member “high-level group”. This group will lead efforts to deliver useful advice to a commission ready to spend money on science.

Clearly the plan is to have an infrastructure for this new advisory body and not just seven names to serve as its head. The plan is to link with national academies of science where they exist, such as our Royal Irish Academy and Britain’s Royal Society and, in the case of these two countries, our existing chief scientific advisers.

But our chief adviser to government, Prof Mark Ferguson, is also director general of Science Foundation Ireland. He has held this dual role for some time, even as the Government began a process of forcing higher education institution researchers to form linkages with industry if they had any hope of receiving funding for their science.

Researchers here argue that they have been hamstrung by this policy decision, saying it places far too much emphasis on a quick return on investments made. Some also argue the chief science adviser would not have been in a position to argue against what is widely perceived to be a harmful policy approach given his dual role in SFI which actively pursues this policy agenda.

More than 1,100 Irish and Irish-based research scientists have now signed a letter which appeared in The Irish Times on March 18th urging the Government to take on board their concerns about the policy on research funding. Something must be causing a real problem otherwise the letter would not have attracted such support. Bringing back the notion of a wholly separate and independent chief scientific adviser would be a help, many of these unhappy scientists believe. It would allow an individual to provide counterpoint advice to government – and even if it was ultimately ignored, still the opposing views would have been heard.

Junker is pursuing his own alternative and these seven scientists are expected to ensure independence, scientific integrity and transparency – attributes our own system badly needs.