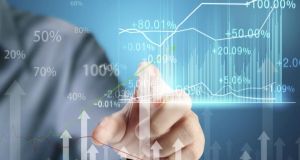 Four out of five Irish-based medical technology firms expect sales to rise over the next year with many companies planning to take on additional staff to meet demand, a new study shows.

The Irish Medical Devices Association survey reveals that 94 per cent of companies it surveyed are feeling confident about their business, with 42 per cent saying they are more upbeat about future prospects than they were three months ago.

The study indicates that 77 per cent of firms expect sales to rise over the next three months, while 73 per cent predict to see an increase in exports.

Nearly half of all businesses surveyed said they plan to hire new staff in the coming months while a third plan to increase research and development (R&D) expenditure. Some 65 per cent of medical technology companies also expect to grow their customer base.

Commenting on the survey findings, the head of IDA Ireland’s medical technologies division Andrew Vogelaar said: “Ireland’s strong multinational and indigenous base of companies is continuing to grow. New investment from the likes of CR Bard, West, NuVasive, Hollister and Ethicon Biosurgery will ensure that Ireland remains the location of choice for a global industry.”