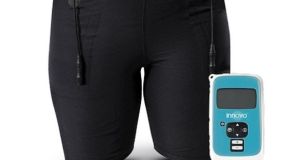 Innovo is a neuromuscular electrical stimulation solution that treats incontinence, sexual-health dysfunctions and other associated disorders

Total investment in Irish medtech Atlantic Therapeutics has risen to nearly €50 million with the company planning on seeking further funding early next year as it expands in the US.

The Galway-headquartered company, said it has recently closed an internal financing round and is aiming for a Series C raise in 2021 as it named senior vice president and general manager for the US, Susan Trent, as its new chief executive.

Ms Trent, who replaces Steve Atkinson in the role, joined Atlantic last November to lead the launch of its flagship Innovo brand in the US. Based in Boston, she spent over 20 years with GlaxoSmithKline prior to joining the Irish company.

Innovo is a neuromuscular electrical stimulation solution that treats incontinence, sexual-health dysfunctions and other associated disorders by strengthening muscles and modulating nerves of the pelvic floor. The wearable device, is similar in style to a standard pair of cycling shorts and contains a number of electrodes.

Atlantic is a spin-out from Galway-based Bio-Medical Research Group, the company behind the well-known body toning belt product, Slendertone. Early last year it raised €28 million in a round led by LSP, one of Europe’s largest healthcare investment firms. That came just months after it received FDA approval for Innovo.

Other backers of the Irish Times Innovation Awards winner include Andera Partners, Atlantic Bridge Ventures, via its China-Ireland growth technology fund, and Irish venture capital firm Seroba Life sciences, which together with Earlybird, co-led a €15 million fundraise for the company in 2017.

No financial details of the new internal financing round have been disclosed but industry experts estimate it to bring total investment in Atlantic to close to €50 million.

The company, which launched Innovo in the US market in March, said sales have exceeded initial expectations with a Series C raise planned to further accelerate growth and for product development.

With an estimated one in three women suffering from stress urinary incontinence, the potential market for Atlantic is significant. According to a clinical study, 80 per cent of Innovo users experienced notable improvements after four weeks.

In addition to winning at The Irish Times Innovation Awards last November, Atlantic was also named European MedTech Company of the Year in 2019.

While the US is the primary market focus for the company, Innovo is also being sold in a number of other countries, including Britain, Germany, France, Spain, Saudi Arabia and Ireland. Atlantic is also eying opportunities in Asia.

“Since its initial spin-out in 2017 through to new product launch of Innovo in Europe and the US, Atlantic Therapeutics has grown rapidly and now offers a permanent solution to women all over the world who are suffering from stress urinary incontinence,” said Daniel O’Mahony, a partner at Seroba Life Sciences.

“We are delighted with the appointment of Susan as chief executive. Susan’s wealth of experience and track-record in launching global consumer healthcare brands and brand building is a hugely positive addition for the company,” he added.