Seroba eyes Irish start-ups as it reaps rewards from investments 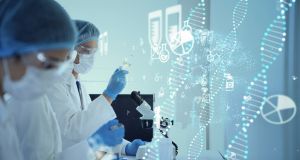 While Ireland performs well for medtech start-ups it has been “less effective” in generating biotech ones, according to Seroba.

Irish venture-capital firm Seroba stands to make a significant return from a number of its investments, one of which was acquired late last month while the other recently floated on the Nasdaq.

The life sciences-focused VC is expected to use some of the profits it will realise from its stakes in Fusion Pharmaceuticals and PrecisionBiotics to back other promising companies, including some locally.

Fusion Pharmaceuticals, a clinical-stage oncology company, in which Seroba first invested in back in 2017, recently raised $212.5 million in an initial public offering (IPO) in a deal that was described as being “multiple times oversubscribed”.

Seroba, which has backed Fusion in subsequent financings and in the IPO, has retained its full stake in the company, which The Irish Times understands is currently worth about $35 million.

Fusion is focused on developing next-generation radiopharmaceuticals as precision medicines, an area in which there have been a number of multibillion-dollar exits of late. Given the high level of interest in the company, Seroba is expecting a significant premium on its stake before selling it.

The VC is also due a big return on its investment in PrecisionBiotics, the Cork-based company that was acquired late last month by Danish group Novozymes in a €80 million deal.

Seroba first backed the company in a €1.3 million funding round in early 2004, which it led. It subsequently participated in follow-up investments. While it wouldn’t disclose numbers as the overall deal remains confidential, Seroba partner Alan O’Connell said the company expects to make a near 10 times return on its investment in the group.

Seroba has been on a roll of late, having also gained from its stake in Labcyte, a company that was last year acquired in a deal valued at north of $300 million. It also made a return of up to €100 million in 2018 when Prexton, a company it had only backed a year earlier, sold in an acquisition estimated to have been worth as much as €905 million.

Mr O’Connell said the VC typically looks at between 600 and 650 investment opportunities each year, of which up to 40 would be Irish.

Seroba recently led a $8.3 million funding round for Shorla Pharma, a highly-regarded Clonmel-based start-up that develops pharmaceutical therapies to help cancer patients. Mr O’Connell said the VC is currently looking at “several other Irish companies” to back.

He said while Ireland performs well for medtech start-ups it has been “less effective” in generating biotech ones.

Mr O’Connell said the Covid-19 crisis has shown just how important the life sciences and healthcare industries are.

“The industry’s key role during the pandemic has helped it weather the fallout better than others. That said, we have seen delays in clinical trials, as hospitals became inaccessible and investors focused on ensuring that their existing investments had enough cash to absorb delays.”