Shocking revelations at Rush Credit Union are just the start 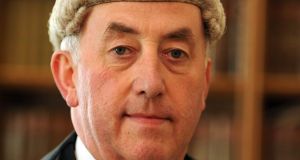 On Monday, the President of the High Court, Mr Justice Peter Kelly effectively put Rush Credit Union out of its misery by confirming the appointment of McStay Luby as liquidators to the failed lender.

For a variety of legal reasons, we only have half of the story of its demise but even the revelations thus far are shocking.

A car draw involved almost €221,000 being spent on vehicles between 2009 and 2016 – and money being taken out of customer accounts without their consent.

Grant Thornton could find no record of the draw winners when it conducted a forensic review, and some €450,000 was eventually repaid to members this year in redress.

There is also the alleged misappropriation of funds, suspected money laundering, abuses of expenses, signatures missing on loan documents, gaps in record keeping and control systems, payments to contractors not notified to the Revenue, and an utter failure in governance. And more besides.

The credit union last paid a dividend to members in 2008 and it last held an annual general meeting in 2013. It was an unholy mess.

Garda investigations are under way and some of those central to the events at Rush could yet face criminal charges. By no means have we heard the last of Rush Credit Union.

The Central Bank of Ireland eventually moved on Rush but only after six years of reviews, inspections and reports by various parties into the goings-on at the north county Dublin lender. All of these were sparked by Rush being included in a programme of inspections by the Central Bank in October 2010.

Why did it take the regulator so long to act when it was clear from early on that Rush had a big hole in its reserves?

Perhaps the regulator had so much on its plate at the time with the banks that the issues at Rush Credit Union just weren’t high on its agenda. Or maybe the staffing issues in its regulatory functions that it has been flagging for the past number of years meant Rush didn’t get sufficient focus.

In the finish, Rush had a hole of €4.7 million in its reserves and net liabilities of €2 million.

Thankfully, depositors will be repaid their funds – some €22.3 million has already been issued from the deposit guarantee scheme.

It’s not clear how much is owed to trade creditors while there is also the issue of staff, of whom 10 are still employed to administer loan repayments by customers. The liquidators plan to sell the €9 million loan book, and the credit union’s offices in Rush and Lusk, which were valued at €900,000 at the end of last year.

The biggest sigh of relief was probably felt in Progressive Credit Union, which covers a large swathe of north county Dublin. It had been in talks from late 2015 to merge with Rush. It pulled out in October of this year following extensive engagement, dodging a big bullet in the process.

Progressive has since extended its common bond to cover the folk of Rush and Lusk, and it is interested in purchasing the loan book and the building in Rush from the liquidator if the price is right.

Questions must also be asked of the Irish League of Credit Unions. The league twice put in place funds that Rush could draw on to repair its finances but it never allowed this money to be drawn down – for good reasons.

It has lobbied hard in recent years for various restrictions to be lifted on credit unions to allow them to expand their lending activities and offer more mainstream banking products.

In the run-up to the general election in March, most of the political parties advocated loosening the restrictions on credit unions to allow them offer loans to small SMEs and mortgages, while also scrapping the €100,000 cap on savings.

Technically, credit unions can already offer mortgages but it is small beer at present due to limits imposed by the Central Bank.

Mortgage lending is a risky business, as clearly demonstrated by our banks over the past eight years, and most credit unions probably wouldn’t have the competence to offer such products.

Allowing credit unions to offer a wide variety of financial products sounds great and plays well with the public, but the debacle at Rush is a timely reminder of the shortcomings within a sector that still relies to a large degree on the efforts and commitment of volunteers.