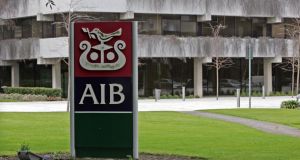 In a review of the four main Irish banks, Fitch said yesterday it expected the performance of both AIB and Bank of Ireland would continue to track within the stress case scenario of the 2011 Prudential Capital Assessment Reviews.

There are still “significant risks” in the Irish banking system, according to ratings agency Fitch, citing poor asset quality and high levels of non-performing loans and impairment charges.

Fitch also suggests that banks here will likely need to raise additional capital. However, the agency also notes that the support for the pillar banks from the Government, which “remains undiminished”, has been an important ratings driver.

In a review of the four main Irish banks, Fitch said yesterday it expected the performance of both AIB and Bank of Ireland would continue to track within the stress case scenario of the 2011 Prudential Capital Assessment Reviews.

However, this assessment was based on Basel II and capital expectations had increased since then, as a result, it said the 2014 reviews may revise the stress assumptions and requirements to align more closely with Basel III.

“As Irish banks’ capital ratios continue to be eroded and a return to profitability only appears feasible in the longer term, the banks may need to raise additional capital before they can contemplate a future independent of state support,” says Denzil De Bie, a director in Fitch’s financial institutions group, noting that the “risk world has moved on”.

Pointing to the example of UK banks Royal Bank of Scotland and Lloyds, which have core capital ratios of between 8-9 per cent, he said the expectation was that this would gravitate above 10 per cent over the long-term.

The asset quality of Irish banks also remained weak, according to Fitch, given the high level of non-performing loans and impairment charges.

Although the rate of deterioration slowed at both B of I and AIB in 2012, Fitch said impairment charges could increase during this year and next, with arrears reaching a peak in 2014 as the banks accelerate the resolution of mortgage arrears in line with new Central Bank targets.

On impending personal insolvency legislation, Mr De Bie said this was “generally positive for the banks”, given that it appeared to be more in favour of creditors than debtors.