Online betting business Intrade set to be wound up next week 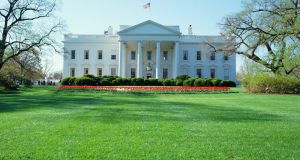 Intrade, the once high-profile Irish online betting business that fell foul of US regulators following the last White House race, looks set to be wound up at a creditors’ meeting next week.

The company’s turnover collapsed after the US Commodity Futures Trading Commission (CFTC) took action against it and its parent, Trading Exchange Networks, in the federal courts in late 2012 .

Both Intrade and Trading Exchange Networks are calling creditors’meetings on December 3rd and have nominated accountant Padraic Bermingham as liquidator to the two companies. However, creditors can nominate and elect an alternative if they wish.

The announcement signals the end of company whose recent history has been marred by controversy and litigation. In early 2013, it ceased trading after discovering previously undisclosed payments to former director, John Delaney, who died while attempting to climb Mt Everest in 2011.

Director Ronald Bernstein said the company would, if it were able, pursue “two individuals” for a total of $3.5 million (€3.29 million). In April 2013, it opened talks with a potential investor, but no deal materialised.

The company owed money to clients, but asked that they accept half what was due to them in early 2013 in order to help rescue the business. Mr Bernstein said he would make a “solemn promise” that they would receive the balance once it could afford it.

Intrade allowed customers to wager on commodity prices, stock market indices and world events. A large number of its clients were in the US, where it had a high profile, particularly during the 2012 presidential race, when media frequently quoted its odds on Barack Obama’s re-election.

Among its shareholders were Stanley Druckenmiller, who helped orchestrate George Soros’s Quantum fund’s short-selling of sterling in 1992, and Paul Tudor Jones, who tripled the value of his firm’s investments by shorting stocks ahead of the 1987 “Black Monday” crash.