Two entrepreneurs hope their scenic, self-guided Irish walking trail will lure some of the thousands making the trek to the Camino de Santiago 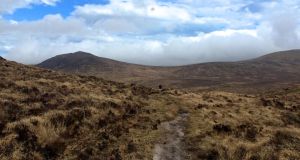 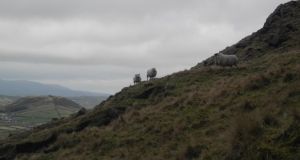 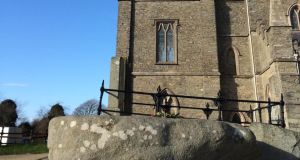 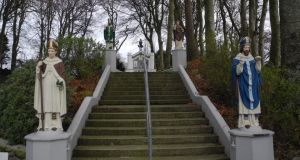 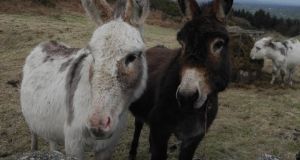 Two businessmen from both sides of the border have launched a new walking trail – the St Patrick’s Camino – in time for St Patrick’s Day.

The self-guided walking trail takes in the Mourne Mountains from Faughart, Co Louth (the birthplace of St Brigid) to Downpatrick, Co Down (where she is buried alongside St Patrick). The route will eventually stretch from Downpatrick to Croagh Patrick in Co Mayo.

Neither businessman is a stranger to the tourism business. Keith McDonnell is director of Extreme Ireland Tours, Day Tours Ireland and the Irish Whiskey Museum, which opened last November on College Green in Dublin.

McDonnell says the two, in consultation with Seamus Crossan, one of the first to bring adventure tourism to Ireland in the 1980s with his Funtrek business, launched the St Patrick’s Camino in a bid to increase tourism in an area of scenic beauty often overlooked by local and international tourists.

Their newly established company, St Patrick’s Camino, is a three-way partnership registered in the Republic of Ireland.

A better story to tell

He says it is important that Tourism Ireland markets the Irish Camino worldwide alongside the company’s own campaigns.

“Many tourists go straight to Belfast when they going to the North of Ireland, and they are missing out on an area of scenic beauty and cultural significance,” says McDonnell. “The area is affiliated with St Patrick, St Brigid and St Columcille, and while we don’t anticipate that all the people taking the walking tour will be religious, it is nonetheless an area of cultural and scenic interest.”

The route will also be of interest to school groups preparing for the An Gaisce walking award, which requires that 15- to 24-year-olds complete a minimum of 24kms, as well as those undertaking the UK’s Duke of Edinburgh Award.

McDonnell’s Extreme Ireland bus tours have been taking tourists to Belfast for five years. In 2014, the company carried some 8,000 tourists on daily tours through the Mourne Mountains. One of the tenants of his business model is sustainability and respect for the local economy.

“It was a simple thing for us to do – to take our tourists to Downpatrick through the Mourne Mountains, as opposed to going straight up the M1 to Belfast. The Belfast tour can be quite intense, and there is so much more to Northern Ireland than the political history. We want to bring a local community aspect to our business.”

The new route will have small wooden pods or cabins placed every 20km along a well-marked route. Comprehensive notes for the independent traveller and a passport similar to the one walkers can avail of on the Camino de Santiago will be available. The company is in talks with Dundalk IT to develop a phone app, to be rolled out in 2016.

“It’s about future-proofing the infrastructure around the pods in terms of sanitation and electricity, etc to ensure that they can be a lasting aspect of the local economy also,” they say.

While the partners will clearly turn a profit through accommodation and transport provision, local businesses will benefit from increased visitor numbers to bars, restaurants, shops and other amenities, such as the Downpatrick Visitor Centre, says McDonnell.

He cites the Via Alpina walking trail through five countries in the Alpine region of Europe as an example of a similar project that has linked small villages and enhanced tourist spend.

“Naturally we will seek the support of local councils, but our main target is local communities on the route. These communities are enthusiastic about the prospects of rural tourism. We have various programmes planned that will enable them to contribute to the experience of the visitor. Much of this related to collecting and delivering local information relevant to the route.”

“The Camino in Spain sees astronomical visitor numbers – it’s become a household name,” says McDonnell. “Ultimately that’s where we’re looking at going with our project. We are not there yet, but as they say: ‘If you build it they will come’.”