Enterprise Insurance has 225 Irish claims at estimated cost of €6.2m 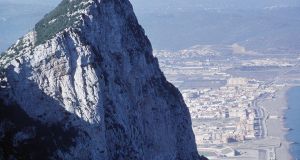 Gibraltar, home of an insurer that collapsed last week affecting 14,000 Irish customers, is the top location for overseas companies selling motor cover in this State.

The British territory is the regulatory base of 11 out of 24 foreign companies registered with the Motor Insurance Bureau of Ireland (MIBI) to sell insurance through local agents under rules allowing EU firms to “passport” services to other member states.

Enterprise Insurance, which informed Gibraltar authorities last week that it was insolvent, has 255 Irish claims on its books as of last month with an estimated cost of €6.2 million, the firm’s provisional liquidator told The Irish Times yesterday. Gibraltar does not have an insurance compensation fund.

“That average claims cost is high, which would indicate that they were mainly personal injury claims,” said the liquidator Frederick White, managing director with Grant Thornton in Gibraltar.

Gibraltar’s supreme court was told on Monday that Enterprise, which stopped writing Irish business late last year and also had customers in France, Greece, Italy, Norway and Britain, was “hopelessly insolvent” with an asset shortfall of at least £18 million (€21.3m).

Mr White said he hopes to complete his independent assessment by early September.

While he has been in contact with the MIBI as well as compensation schemes in other countries, Irish bodies are not in a position to deal with any cases ahead of a key Supreme Court appeal, expected to be heard in October.

The MIBI, an industry-funded body that deals with claims against uninsured drivers, is appealing rulings by the High Court and Court of Appeals that have landed it with the bill from the collapse of Malta-based Setanta Insurance in 2014.

It was initially expected that the State-run Insurance Compensation Fund would cover up to 65 per cent of Setanta’s €90 million of outstanding claims, up to a limit of €825,000.

“Unfortunately, given the company’s current situation and the absence of a sustainable framework to address eligible claims in Ireland, claimants here will face uncertainty until the matter is resolved,” a spokesman for industry group Insurance Ireland said.

Wrightway Insurance, a Wexford-based underwriting agency that wrote business in Ireland through brokers on Enterprise’s behalf, said it estimates over 60 per cent of Irish policyholders have moved their cover.

“Based on broker feedback, we would expect that number to rise significantly next week,” said a spokesman for the firm, a unit of Swiss giant Zurich Insurance.

Wrightway said last weekend that it would cover outstanding Irish premiums as an “ex gratia payment to its brokers to pass on to policyholders.”

Based on figures provided by Mr White to The Irish Times, it appears that the amount Wrightway will pay will be in the region of €2 million.

Mr White said that Enterprise had €16 million of gross Irish premiums, of which €2 million were “unearned premiums” relating to the time period remaining on insurance policies.