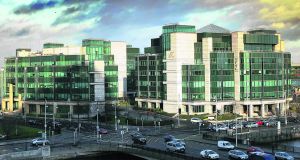 Dublin’s international standing as a financial centre has taken a further knock in the latest ranking of global centres, which shows it has slipped a further seven spots to 56th.

Dublin is also ahead of Cyprus, which has made its mark on the survey for the first time, entering in 75th place, although it might be a brief fixture in the rankings for the troubled island.

Holding firm at the top in order of ranking are London, New York, Hong Kong, Singapore and Zurich.

In March 2009, Dublin was in the top 10, but since then has fallen repeatedly in the Global Financial Centre Index survey, which is compiled by London think-tank, Z/Yen.

This is the 13th iteration of the survey, which is based on two sources of data – instrumental factors drawn from external indices and responses to an online survey.

While the overall score attained by Dublin rose by nine points the pace of improvement in other centres was more significant, thereby pushing Dublin down.

Luxembourg, for example, which is considered a competitor to Dublin in the investment funds space, performed well in the survey, climbing six places to 18th as its overall score jumped by 41 points. Luxembourg was also selected as a “centre that’s likely to become more significant”.


Emerging centres
The latest ranking also shows a strong performance from emerging centres, such as Riyadh, which showed the strongest progression in the survey, up 32 places to 32th.

However, more established cities like Boston and Frankfurt are also doing well, with both centres entering the top 10 at 8th and 10th respectively.

Going in the other direction is Beijing, which, along with Dublin, has seen its position decline steadily in the past few years. It fell by 15 places to 58th.