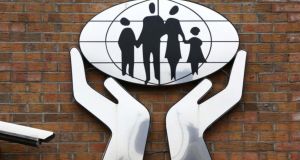 The Central Bank’s inspections, which covered a sample of 16 credit unions that issued house loans during 2017, found 10 had started such lending “without a well-developed business plan”.

Credit unions are providing house loans to members without putting in place a detailed business plan and have given “inadequate rationales” for doing so, a review by the Central Bank has found.

The regulator said it had uncovered “weaknesses in underwriting practices, risk oversight and compliance systems” by credit unions issuing loans for the purchase, construction or renovation of properties.

Its blunt report also highlights “inadequate oversight” by the boards of directors of credit unions and their internal control functions.

In response the Irish League of Credit Unions said its members were “cognisant of the need for a systematic, comprehensive and structured house loan model” and that a “robust, standardised, safe and secure mortgage lending process” would be provided.

The Central Bank’s inspections, which covered a sample of 16 credit unions that issued house loans during 2017, found that good practices were evident in some cases, but that 10 of the 16 had started such lending “without a well-developed business plan”.

It described this as “concerning”.

The review noted “evidence of poor underwriting”, including an inadequate assessment of members’ capacity to repay the loans. An inadequate credit policy was found in 12 of the 16 credit unions, while 13 did not have suitable asset/liability management policies in place.

The Central Bank review also said there was “a lack of supporting documentation” to show that credit unions were complying with regulations such as the loan-to-value and loan-to-income requirements for housing loans introduced in 2015.

Credit unions have once again become a port of call for borrowers who cannot meet the purchase price of the properties they want to buy through their mortgages and deposit savings alone. Other house loans relate to the construction or renovation of properties, or to the refinancing of existing loans.

“The provision of house loans can be a worthwhile part of the business model for some credit unions but it requires detailed and critical assessment of both the costs and benefits involved,” said Patrick Casey, the registrar of credit unions.

He said the Registry of Credit Unions would “work closely” with credit unions on the risks identified in the review.

“We expect all credit unions to review the findings and recommendations set out in the report and consider how these can inform decision-making when considering the provision of house loans to members.”

Since 2016, credit unions have been permitted to provide house loans up to a maximum term of 25 years, subject to limitations.

“Engaging in house loans represents a change in strategy and requires an understanding of the risks associated with this type of lending.”

Some 107 credit unions reported at this time that they had outstanding house loans, with 15 of these saying they had 31 or more such loans on their books.