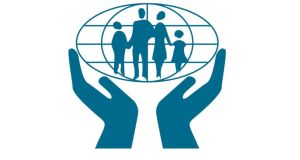 Kieron Brennan, chief executive of the Irish League of Credit Unions has written to Ireland ’s 12 members of the European Parliament saying a significant level of deposits with his members had been reneged on by Ireland.

He said that 16 credit unions were together carrying a loss of about €15 million as a direct result of the Government’s decision to liquidate IBRC and the timing of that decision. “Clearly this is a matter of great concern to the league, these member credit unions and, in turn, their members who (as you know) are the ordinary people of Ireland,” said the letter.

Mr Brennan said that in 2005, some affiliated credit unions invested in an Anglo Irish Bank deposit based tracker bond, custom made for credit unions, and named the Anglo Irish Bank Credit Union Bond 2005. This deposit-based tracker bond was an eight years and three month product which was due to mature on September 30th of this year. The capital was to be guaranteed at maturity with an additional minimum 12 per cent return.

“Like many others, credit unions have long been encouraged and advised to invest excess funds in the security of deposits of highly rated financial institutions. Anglo Irish Bank was an A-rated institution at the time these deposit based tracker bonds were purchased and the purchase was fully permitted under the Trustee Authorised Investments Order, 1998, with which credit unions were compelled to comply at that time.”


Refused
Mr Brennan said that when Anglo Irish Bank deposits were transferred to Allied Irish Bank in 2011, Anglo/IBRC refused to transfer the deposit-based tracker bond despite repeated requests from credit unions to do so.

“Each of the 16 credit unions have now received €100,000 from the State’s Deposit Guarantee scheme (being the maximum available under the terms of that scheme). While the average investment in these deposits by credit unions was €1 million, some credit unions invested €2 million and so, are now carrying a loss of €1.9 million. Again, this is money which belongs to the ordinary credit union members of Ireland.”

Mr Brennan said the Department of Finance had confirmed that since these deposits were not covered by the State’s Eligible Liabilities Guarantee Scheme, any further claim by credit unions for the outstanding balances would only arise where funds remained available at the end of the liquidation process for the purposes of distribution to unsecured creditors. The special liquidator has indicated that he considers it unlikely that any funds will remain for this purpose.

“Current reports that the proposed bailout of Cyprus would constitute the first interference in the sanctity of deposits within the euro zone, are simply incorrect. This is borne out by the facts described in this letter whereby the Irish Government has, by its actions, caused a loss of €15 million to the credit union movement in Ireland.


‘Breach’
“Our member credit unions have specifically asked that we make you aware of this fact. We are concerned that this recent burning of deposits in Ireland is not widely known at European level. We are also concerned that this action may be in breach of Ireland’s bailout conditions,” he said. “We would appreciate your assistance in communicating these facts to the relevant European authorities with a view to having these credit union deposits honoured.”